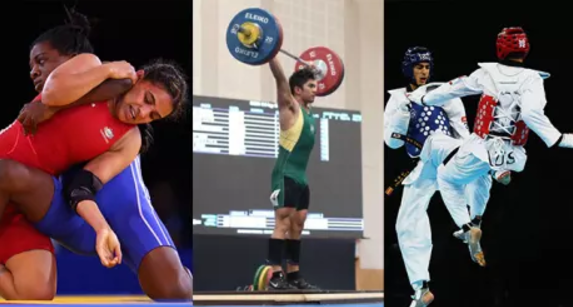 The Australian Olympic Committee (AOC) has announced the squad of 18 athletes that will represent the country at the Asian Indoor and Martial Arts Games for the first time.

This year's event is due to take place in Turkmenistan's capital Ashgabat between September 17 and 27.

It is set to involve 62 National Olympic Committees - 45 from the Olympic Council of Asia (OCA) and 17 from Oceania in a special collaboration between the two continents.

The Australian team will contest weightlifting, wrestling and taekwondo.

“The AOC thanks the Ashgabat 2017 Organising Committee and the OCA for their invitation to participate in the Games,” said AOC chief executive Matt Carroll.

“Regional Games provide events for the AOC to pursue opportunities in Asia for our member sports to develop young talent into future Olympians.

“This young Australian team will not only benefit from the international exposure and Games-like experience in Ashgabat, but the opportunity to mix with Asia’s best in weightlifting, wresting and taekwondo will motivate them to pursue their short and long term sporting goals, with many of them eyeing Tokyo 2020,” he said.

Among the six wrestlers selected include Glasgow 2014 Commonwealth Games wrestlers Rupinder Kaur and Carissa-Jane Holland, who will compete in their respective women's 48 kilograms and 53kg categories.

The AOC has also selected six taekwondo players with Will Afonczenko, Ruth Hock, Deanna Kyriazopoulos, Adam Meyers, Cameron Taylor and Keshena Waterford all due to appear.

John Saul, the President of Wrestling Australia, will act as the team's Chef de Mission.

“Asia is really one of the hubs for martial arts and strength sports,” Saul said.

“With some of the world’s leading countries like Iran and Japan being there as well as the host country, Turkmenistan, it’s going to be a fabulous tournament, a real learning experience for our people.”