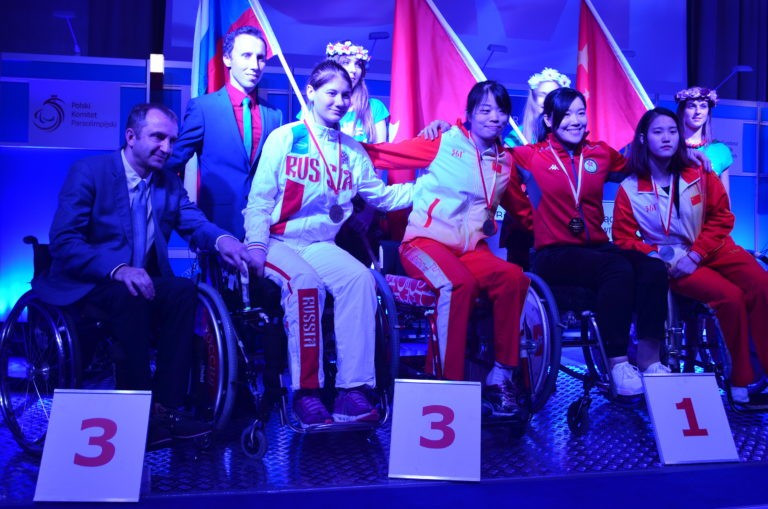 The seven-time Paralympic champion from Hong Kong added the women’s individual foil A gold to the épée A win she bagged on Thursday at the Airport Hotel in the Polish capital.

In the final, Yu saw off the challenge of China’s Gu Haiyan, but it was a close match.

Eventually, Yu came out on top 15-14 against her opponent, who won the sabre A competition yesterday.

The bronze medals went to Zou Xufeng of China and Russia’s Alena Evdokimova.

Georgia’s Irma Khetsuriani won the day’s other women’s event, topping the sabre B podium with a 15-8 victory over Thailand’s Saysunee Jana, while the bronzes were claimed by Chinese fencer Xiao Rong and Irina Mishurova of Russia.

There were three men’s events today with China’s Chen Yijun defeated Hungarian Richard Osvath 15-11 in the sabre A final.

The sabre B competition was won in emphatic style by Poland’s Adrian Castro.

He thrashed Greek fencer Panagiotis Triantafyllou, who won the silver medal in this event at the Rio 2016 Paralympic Games, 15-4 in the final.

Serhii Shavkin of the Ukraine proved too strong for his Russian opponent Alexander Logutenko in the men’s épée C gold medal match.