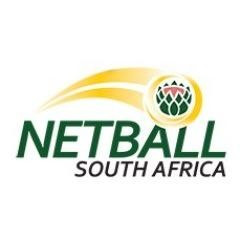 Netball South Africa (NSA) has met with the South African Sports Confederation and Olympic Committee (SASCOC) to discuss allegations of poor governance within the organisation.

The National Federation has been accused of "financial mismanagement" in reports by the South African Broadcasting Corporation.

An NSA delegation, led by President Mimi Mthethwa-Zulu, visited SASCOC chief executive Tubby Reddy at Olympic House, just outside of Johannesburg, in a bid to "address and explain" the accusations against them.

"The NSA leadership responded to these allegations by clarifying and explaining that some of the questions posed by the media were personal," a NSA statement read.

Reddy appeared to be content with the information provided by NSA and he believes all of the evidence points towards "good governance".

"As the macro sports body, we are satisfied with the explanations NSA has provided to us regarding the current state of affairs in the organisation," Reddy said.

"Most of the decisions implemented by the NSA are issues and resolutions that were raised in their Council meetings.

"To that effect, any decisions or resolutions taken at the highest decision-making body's meetings are regarded as authentic and show that the organisation's constituency practises and adheres to good governance."

In 2016 NSA were one of four South African Federations banned from hosting or bidding for major events for a year by former Sports Minister Fikile Mbalula.

Mbalula was seen as a controversial figure and held the role for nearly seven years having been first appointed in November 2010.

Mbalula, however, recently gave his backing to South Africa's attempt at securing the hosting rights for the 2023 Rugby World Cup, where they are bidding alongside Ireland and France.

He was replaced as Sports Minister by Thembelani Nxesi in March.