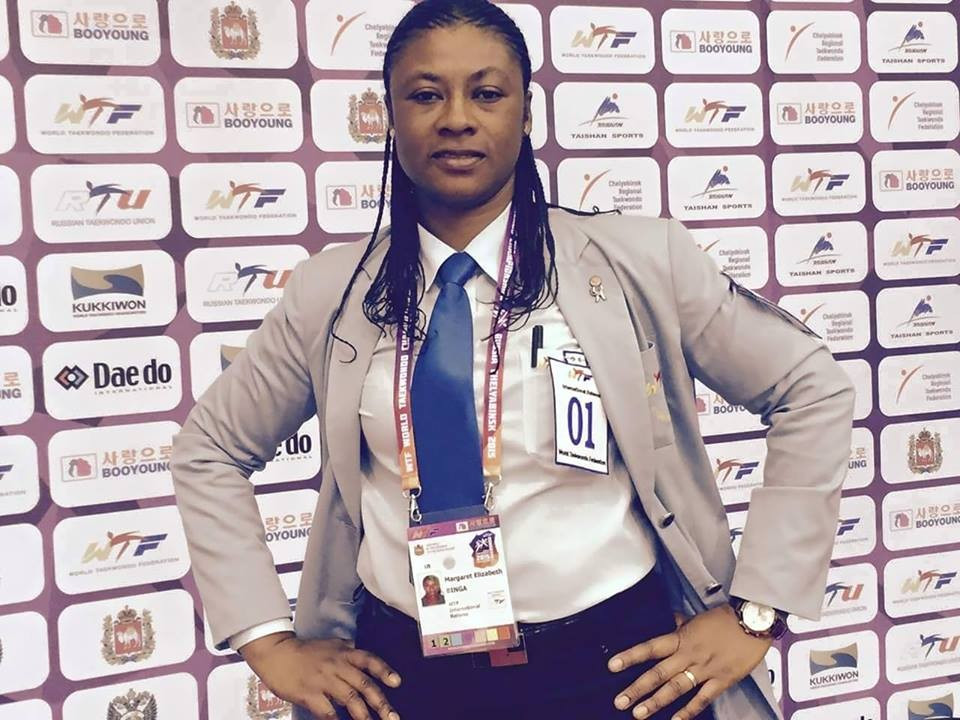 Margaret Binga has become the first President of a Nigerian Federation after being elected in controversial circumstances to lead the country’s taekwondo governing body.

The former African champion was elected unopposed as the new President of the Nigeria Taekwondo Federation (NTF) at the Abuja National Stadium following the disqualification of incumbent George Ashiru by the Electoral Committee.

Ashiru is reported as saying by The Nation that the election was "not free, not fair and not credible".

"Everything was done in secrecy," he said.

"They made nomination of people with most delegates knowing how the process was done.

"The [Sports] Minister said everything should be done by election but nomination was done behind the back."

Ashiru said he was shocked to notice that his name was omitted from the candidate list before the election.

"I asked if I needed accreditation but was told to wait patiently for the Presidential election, telling me that my name was intact," he added.

"When the time for election came, my name vanished into thin air and the electoral chairman said based on that, as well as other issues like a petition being raised, I won’t be able to contest.

"I replied to him by saying the petition ought to be taken to a tribunal, not here."

"The touting manner they displayed at the election venue was appalling," a source told The Nation.

"They beat up the electoral chairman and policemen had to escort Margaret as well as the officer to the submission centre for safety.

"Margaret Binga is the recognised President of the Nigeria Taekwondo Federation and nobody can change that."

Binga has been a NTF Board member for the past four years and she retained her post after winning the slot for the representative of the Nigeria Association of Women in Sports (NAWIS).

She is a two-time African Games champion, winning in Johannesburg in 1999 and Abuja in 2003, and is the first and only taekwondo athlete from Nigeria to achieve that feat.

Binga expressed her intention to use "vast and strong networks across Nigeria and the global community to grow the sport and develop policies that ensure greater opportunities for the development of female taekwondo practitioners".

She also spoke about working as "a team with the entire Board to ensure more programmes are done across Nigeria".

She was the women's captain of the national taekwondo team at the 2003 All-Africa Games in Abuja.

Currently, Binga is the highest-ranked World Taekwondo Federation referee and has officiated at almost every major tournament apart from the Olympic Games.

She also served as tournament organiser for the third edition of the Chika Chukwumerije Sports Foundation International Taekwondo Open in 2015, when more than eight international referees attended and 10 countries competed.

Chukwumerije is the only Nigerian taekwondo athlete to have won an Olympic medal having claimed a bronze in the over 80 kilograms category at Beijing 2008.