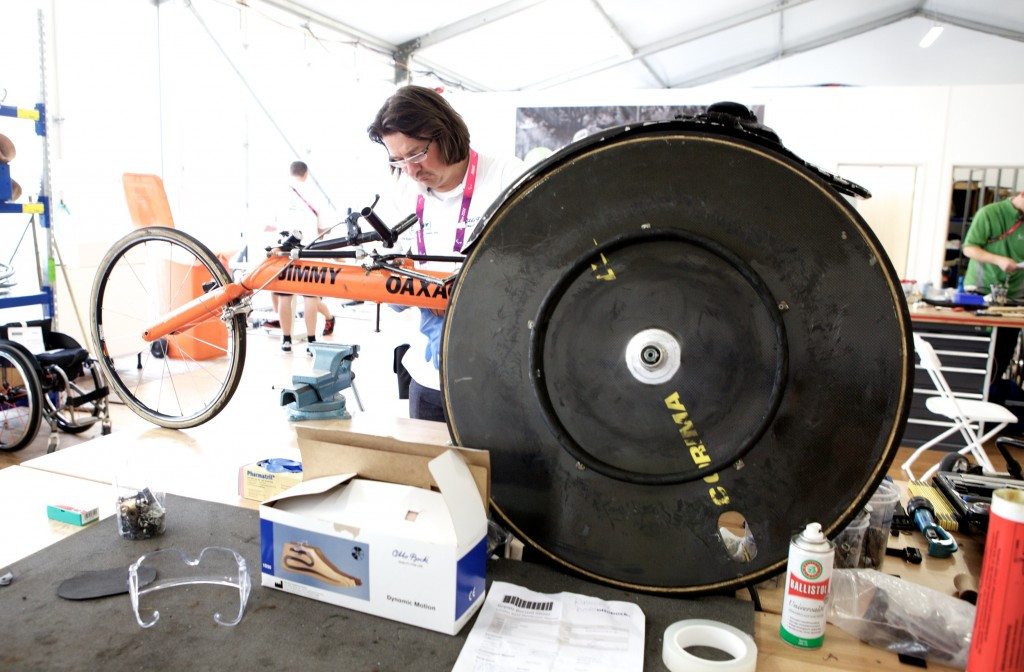 Ottobock Healthcare has been announced as the latest national partner of the London 2017 World Para Athletics Championships.

The company, a supplier of solutions for people with limited mobility, has been at the heart of the Paralympic Movement since 1988.

It will provide repair and maintenance services for the World Para Athletics Championships, which are scheduled to take place at the London Olympic Stadium on Queen Elizabeth Olympic Park from July 14 to 23, and everyday equipment relied on by Para-athletes.

The Ottobock Technical Service Repair Centre will be staffed with a team of technicians and fully equipped with specialist tools, machinery and spare parts.

Similar to the pit lane in motorsport, Ottobock technicians will serve to swiftly return Para-athletes to training and competition, repairing every type of equipment from throwing frames to racing wheelchairs and running blades.

Additionally, the Ottobock Action Park in the Hero Village within Queen Elizabeth Olympic Park will offer the public an interactive insight into the importance of mobility by giving them the opportunity to navigate the obstacles of everyday life using a wheelchair.

Ottobock has been promoting sports for people with a disability for almost three decades, beginning when President and chief executive Hans Georg Näder recognised the need for the repair and maintenance of Paralympians' equipment at the Seoul 1988 Paralympic Games.

Technical service has since been provided by Ottobock at 37 Para-sport events, including 15 Paralympic Games, three Invictus Games and seven World Athletics Championships.

During the 2012 Paralympics in London, an 80-strong technical service team worked more than 10,000 hours and completed 2,062 repairs

"Ottobock has an unrivalled reputation in supporting the Paralympic Movement and I am delighted to have them on board in London where they will provide an invaluable service to the athletes as well as engaging and educating the public in a fun and interactive way," Niels de Vos, London 2017's Championship director, said.

Phil Yates, managing director at Ottobock UK, added: "We are delighted to be a national partner of the World Para Athletics Championships London 2017 and reinforce our commitment to Paralympic sport.

"Ottobock has been providing technical service for almost 30 years and we have the expertise and experience to effectively support the range of equipment repair and maintenance requirements relied on by Para-athletes to train and compete.

"After the unforgettable experience of providing technical service at both the London 2012 Paralympic Games and the 2014 Invictus Games, we are looking forward to returning to Queen Elizabeth Olympic Park to support what will be yet another world-class Para-sport event."

More than 3,000 athletes from more than 200 nations are set to compete over 20 days of action.

The IAAF World Championships are due to be held at the London Olympic Stadium from August 4 to 13.

Last month, Oil and gas giant BP were announced as a national partner of the London 2017 World Para Athletics Championships.

BP has been a strong supporter of Para-sport and signed on as a partner of the International Paralympic Committee (IPC) in 2013.

The company is also a supporter of a number of National Paralympic Committees and Paralympians around the world.