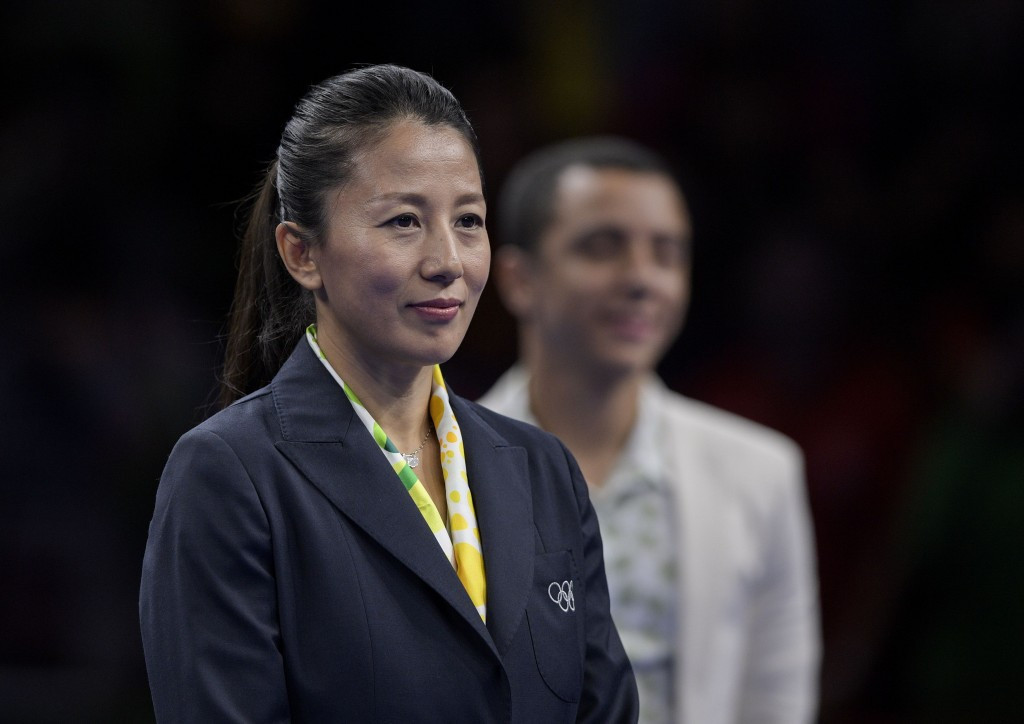 IOC Coordination Commission chairman Alexander Zhukov confirmed it had been set up during this week's meetings with the Organising Committee.

The two-time Olympic champion will be tasked with ensuring the 2022 Winter Games are athlete-centered and she is expected to play a key role in preparations for the event.

"This is a very important move for the success of the Games as athlete input is essential to ensuring the athlete experience is second to none," Zhukov said at the closing press conference of the second Coordination Commission inspection visit.

Wang showed the visiting officials the site of the National Speed Skating Oval, the only venue being built from scratch in Beijing.

Jia was on hand to take members around the Wukesong Sports Centre, the home of basketball at Beijing 2008 which will host women's ice hockey.

Li participated in the tour of the an industrial sports park in Shougang, located just outside of the capital city in the Shijingshan district and which could stage snowboard big air at the Games.

All three are currently working in the sports department at Beijing 2022.

"We were pleased to see the involvement of athletes in the preparations of the Games," added Zhukov.

Yang won the gold medal in both the 500 metres and 1,000m short track speed skating events at Salt Lake City in 2002.

The now 40-year-old also claimed silver in the 3,000m relay in the American city.

The Chinese star earned 3,000m relay silver at Nagano and capped off her career with 1,000m bronze in Turin in 2006, the year she retired from competitive sport.

Yang then became a member of the IOC Athletes' Commission in 2010 having previously served on the same body at the International Skating Union.

She will cease to be part of the IOC Athletes' Commission in February and will therefore relinquish her status as an IOC member.

Yang has also been the executive director of the Chinese Olympic Committee since 2006.