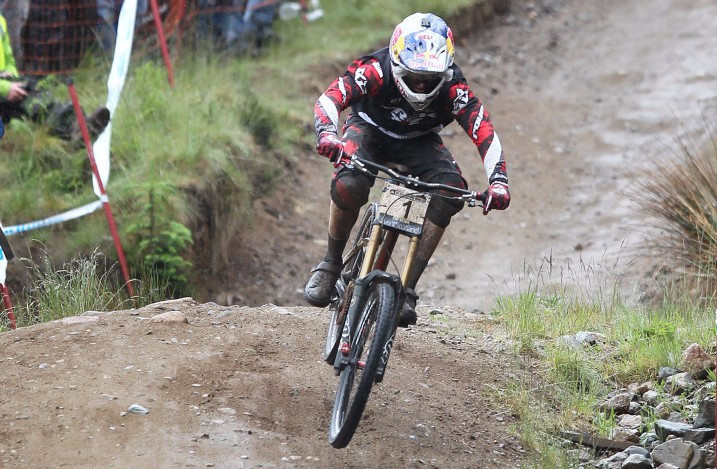 The reigning World Cup champion was 2sec faster than his nearest rival Greg Minnaar of South Africa in qualification.

Both men challenged for victory at the Bike Park Leogang in the Saalfelden Leogang region of Austria.

It was Gwin who secured victory though for the third time at the venue, with the American achieving a time of 3min 6.958sec.

Minnaar remains top of the World Cup standings following the result, moving onto a tally of 472 points for the three events.

The women’s competition was won by Britain’s Tahnee Seagrave, with the 21-year-old achieving her maiden triumph on the World Cup circuit.

Seagrave completed the course in a time of 3:36.082 to narrowly beat Australia’s Tracey Hannah, who was 0.693sec adrift.

The podium was completed by France’s Myriam Nicole in 3:38.582, while Britain’s Manon Carpenter was fourth after clocking 3:39.027.

Hannah tops the overall World Cup standings on 504 points, with Seagrave lying 131 behind in second place.

The women’s competition did not feature Rachel Atherton, with the Briton having failed to recover quick enough from a dislocated shoulder to take part.

Her two-year unbeaten streak was ended last week at her home leg in Fort William, when a crash in qualifying forced her to withdraw from the competition.

Atherton has now dropped to sixth in the overall standings.