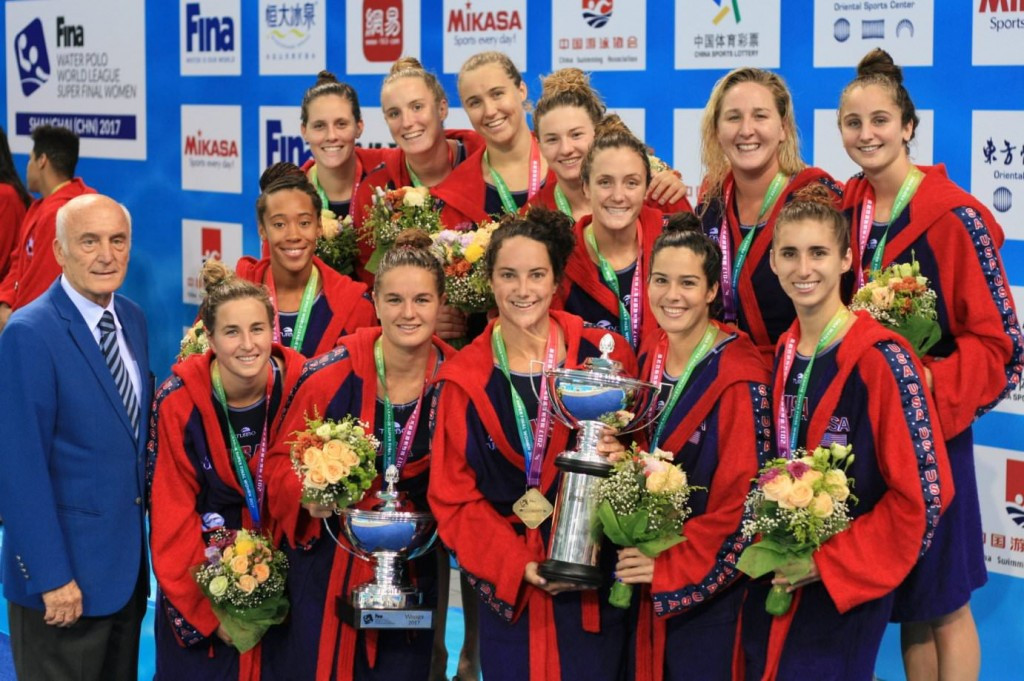 The American side are the reigning Olympic champions and showed their credentials in the final to add another major title to their collection at the Natatorium.

Maddie Musselman, Jordan Raney, Kiley Neushul, Jamie Neushul and Mackenzie Fisher all scored twice, while Melissa Seidemann and Maggie Steffens also found the net in another commanding win for the US.

Emma Wright and Hayley McKelvey were the top scorers for Canada with two apiece, but their efforts proved to be in vain as they could not overcome their formidable American opponents.

The American team were 6-4 in front at half-time and continued that momentum in the second half, wrapping up victory with three unanswered goals in the fourth and final stanza.

The result lays down a marker for the rest of the competing nations, with the FINA World Championships scheduled to take place in Budapest next month.

"The first year is always difficult with new, young players - only four or five - but it is a big difference backing up with speed," US head coach Adam Krikorian said.

"It was a great start and I was happy with the way we played this week.

"I must give praise to the Canadian team as it is much improved and it was great today as they were a good challenge.”

Russia sealed the bronze medal thanks to a 9-7 win over Hungary in a repeat of the third place play-off at last year's Olympic Games in Rio de Janeiro.

Unfortunately for the Hungarians, the outcome was the same as at Rio 2016 as they fell to defeat.

Elvina Karimova was the star performer for Russia as she bagged a hat-trick, while Hungarian player Barbara Bujka went one better with four.

The Netherlands finished fifth as they ousted China 6-5, while Australia took seventh with a 10-8 win over Japan.