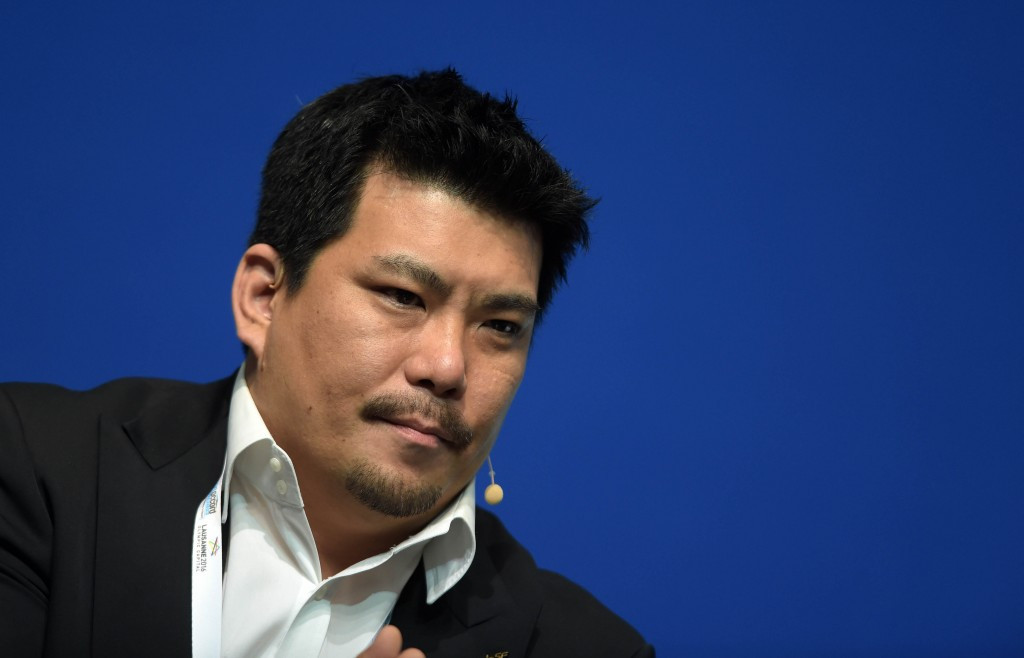 International e-Sports Federation (IeSF) secretary general Alex Lim has said the world governing body can see the benefits of the sport featuring as a demonstration event at the Asian Indoor and Martial Arts Games (AIMAG) in Ashgabat, despite a number of its national federations opting not to take part because of the involvement of Alisports as organisers.

Earlier this week, Olympic Council of Asia (OCA) officials defended the way in which the demonstration event is being prepared after a South Korean group announced it was leading a boycott.

The OCA and Alisports, a company established by Alibaba Group, together with Sina Corporation and Yunfeng Capital in Shanghai, announced a strategic partnership in April to organise and promote the event.

Under the terms of the deal, demonstration events are scheduled to take place at Ashgabat 2017 and the 2018 Asian Games in Indonesian cities Jakarta and Palembang.

E-sports will become a full medal event at the 2022 Asian Games in Hangzhou in China.

The South Korean e-Sports Association (KeSPA) announced they would not participate in Turkmenistan's capital because of the involvement of Alisports as organisers rather than the IeSF.

But speaking here at the World Sport Events and Tourism Summit, Lim told insidethegames the IeSF still sees Ashgabat 2017 as a good platform to showcase e-sports.

"We see the benefit, regardless of the IeSF being involved or not, because the main mission or vision of the IeSF is not monopolising this industry, but to promote e-sports globally," he said after presenting as part of a sport event showcase panel.

"So yes, if they can do it and they can help us to support this promotion of e-sports globally, then we will support them."

Electronic sports was one of 12 sports to feature on the programme of the 2013 AIMAG in South Korean city Incheon.

Lim said the IeSF would be willing to provide any information or resources accumulated from its experience at the event four years ago.

"We are ready for that," he added.

"But if they don’t want us to be involved because, I don’t know why, maybe because we are not recognised by SportAccord or the International Olympic Committee yet, [then so be it]."

Lim said that prior to Alisports’ involvement, the IeSF had decided to drop the idea of having e-sports at Ashgabat 2017 as the host city does not allow the most popular games to be played due to limitations on the speed of internet it can provide.

He claimed Ashgabat was promoting 64 kilobytes per second, while countries such as South Korea and Romania are promoting a much quicker one gigabyte per second.

"We just wanted to see it operated in the proper manner in terms of the technical aspects," Lim added.

"So we were actually open to give any kind of support for that, but it seems like there is somehow a misunderstanding going on among these parties; Alisports, the OCA and the IeSF.

"We are always open to discuss anything."

KeSPA claimed the involvement of Alisports as a "phenomenon which is disturbing the order of the international sports society".

However, the OCA strongly reject the KeSPA arguments and claim they are only acting with their constitutional limits to organise an event at the AIMAG, scheduled to be held from September 17 and 27.

OCA honorary life vice-president Wei Jizhong added that it is up to National Olympic Committees (NOCs) to participate in Ashgabat rather than individual e-sports bodies such as the KeSPA.

E-sports players hoping to feature at the AIMAG are being urged to sign-up to a series of national and regional qualification events being held online.

A total of 64 NOCs across Asia and Oceania are eligible.

They are due to compete across the four games of Dota 2, StarCraft II: Legacy of the Void, Hearthstone and either FIFA or NBA (National Basketball Association).

Interested players must be registered by their NOCs by today, with each country responsible for selecting a maximum of two players or teams by June 30.

These players will then take part in one of six regional qualifying competitions - for East Asia, South Asia, Central Asia, West Asia, South East Asia and Oceania - to be held online between July 1 and 20.