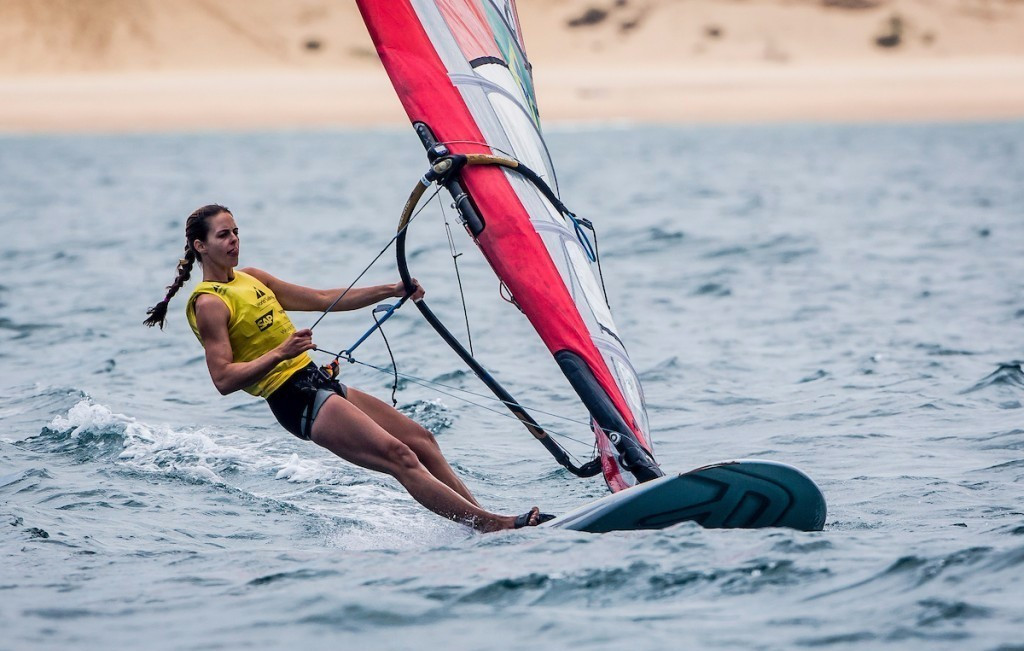 Today's action at the World Sailing 2017 World Cup Final in Santander saw the medal race places decided in six of the 11 events.

Brazilian women's RS:X competitor Patrcia Freitas has opened up a 20 point advantage over the chasing pack and only a disqualification on the final day will see her lose gold.

She won all three races today and managed to open up a substantial lead over China's Yunxiu Lu, who is guaranteed at least bronze.

"It was an exceptional day,” said Freitas.

"We had amazing sailing conditions today, we had light winds at first but it picked up fast.

"Above all, I had good speed and I was happy about that.”

Stefanie Elfutina of Russia completes the podium places before the medal race with Majia Zheng of China following.

In the men's RS:X Kiran Badloe of The Netherlands matched Freitas' perfect day with one of his own.

A trio of race wins hands him a 16-point advantage over Louis Giard of France, who in turn is eight clear of Israel's Shahar Zubari.

Fernando Echávarri and Tara Pacheco of Spain have a strong grasp on first place in the Nacra 17.

The duo moved 18 clear and, without any major issues, should seal gold tomorrow.

John Gimson and Anna Burnet of Great Britain, their team-mates Tom Phipps and Nicola Boniface and Italy's Ruggero Tita and Caterina Marianna Banti are split by six points and will go for the two remaining podium places.

Another British duo, Dylan Fletcher and Stu Bithell, are in third with local favourites Diego Botin and Iago Lopez eight points off the podium places.

In the women's 49er, Rio 2016 Olympic gold medallists Martine Grael and Kahena Kunze of Brazil and Britain's Charlotte Dobson and Saskia Tidey have been impossible to separate all week.

Grael and Kunze were able to extend their overnight single point lead to three after a steady trio of results.

"It was quite a tricky day because it was so shifty to the right of course,” said Kunze.

"So people who had a good start from port did really well.

"We struggled a little in the second race.”

He is 27 clear of Britain's Guy Bridge and only a disaster in tomorrow's three single point races will see him lose the gold medal.

In the men's 470, Panagiotis Mantis and Pavlos Kagialis of Greece maintained their lead.

Stu McNay and Dave Hughes of the United States managed to post a second and fourth today to move behind the Greeks, eight off the leaders.

The ongoing battle between Jean Baptiste Bernaz of France, American Charlie Buckingham and Germany's Philipp Buhl continued today in the men's laser with very little to separate the trio.

Bernaz leads on 31 and Buckingham and Buhl followed on 35 and 37.

Evi van Acker of Belgium managed to extend her lead over Denmark's Anne-Marie Rindom in the women's laser radial.

Hungary's Zsombor Berecz recorded a second and first in the men's finn to move into second place and within two points of leader Ben Cornish of Britain.

Medal Races are due to commence at the earlier time of 11am.