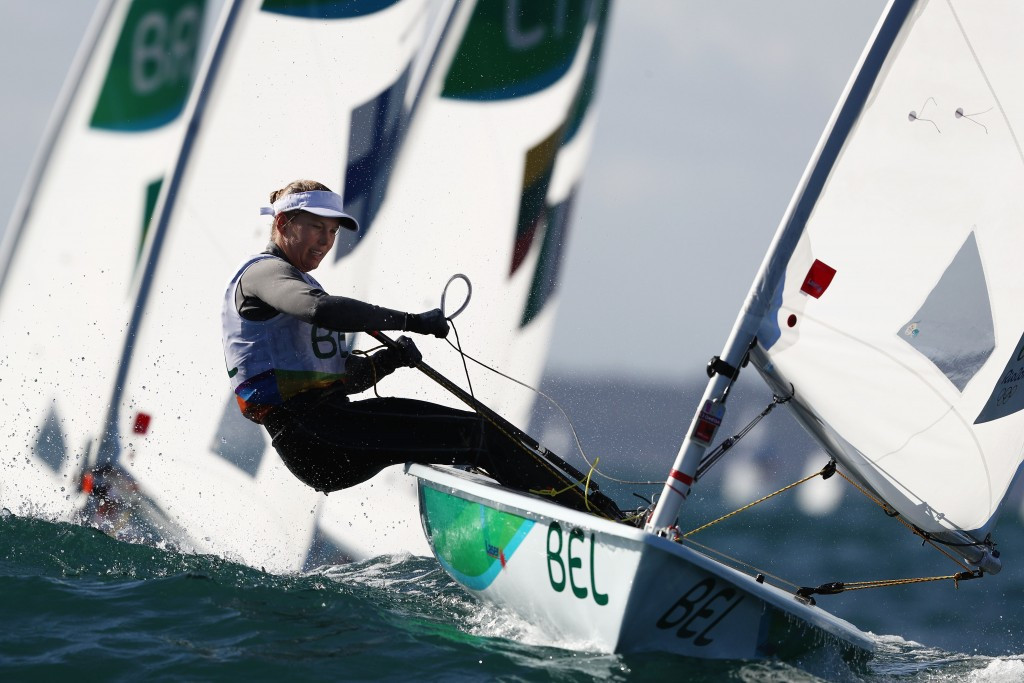 Action at the Sailing World Cup Final on Santander Bay reached the halfway stage today with the battle in the women's laser radial becoming increasingly tense.

Belgium's Evi van Acker and Denmark's Anne-Marie Rindom, both Olympic medallists, are the two lead candidates in the discipline with very little to choose between them.

After three days of racing only three points split the pair with Van Acker, London 2012 bronze medallist, claiming a fourth and a first today to move on to nine points.

Rindom, a Rio 2016 bronze medallist, is on 12 points after a third and second.

"It's always exciting to compete with Evi because she is really good, she fights a lot and wants to win,” said Rindom.

"I think it's great fun to compete against her and I am looking forward to the next couple of days."

Jean Baptiste Bernaz of France held on to his lead in the men's laser after a 12th place, which he discarded, and a sixth today.

She now has a six point advantage over American World Cup winner Yunxiu Lu of China.

The Netherlands' Kiran Badloe, Frenchman Louis Giard, Israel's Shahar Zubari and Piotr Myzska of Poland are embroiled in a tense battle in the men's RS:X.

The American pairing of Stu McNay and Dave Hughes pulled themselves firmly into contention in the men's 470, after a day that featured two race wins.

The victories put them within sight of leaders Panagiotis Mantis and Pavlos Kagialis of Greece and two points off Austria's David Bargehr and Lukas Mahr.

In the women's 470, the British pair of Hannah Mills and Eilidh McIntyre won their third race of the week and followed with a second place.

They lead on seven points, five clear of Dutch duo Afrodite Zegers and Anneloes van Veen, who won the day's other race.

There was further British success in the men's 49er with James Peters and Fynn Sterritt sailing consistently to move to first overall.

Two second places and a third gives them an advantage over compatriots Dylan Fletcher-Scott and Stu Bithell.

Britain's Charlotte Dobson and Saskia Tidey beat the Brazilians in the opening two races of the day and had held the lead going into the final race before Lili Sebesi and Albane Dubois of France prevailed with the Brazilians coming through in second.

Another Briton, Ed Wright, had a mixed day in the men's finn, after a third and a discarded 15th.

He still holds the lead but compatriot Ben Cornish and Estonia's Deniss Karpak posted a first and a fourth each to draw closer to Wright.

Spain's Fernando Echavarri and Tara Pacheco maintained their exceptional run of results in the Nacra 17 to extend their lead.

Tom Phipps and Nicola Boniface of Great Britain, their compatriots John Gimson and Anna Burnet and Italy's Ruggero Tita and Caterina Marianna Banti are battling it out for two podium places with three points splitting the trio.

Racing is due to resume tomorrow before medal races take centre stage on Saturday (June 10) and Sunday (June 11).