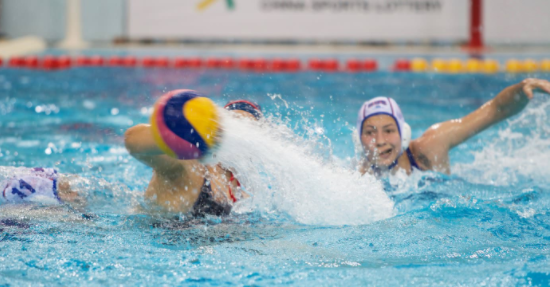 Down by a goal with less than 40 seconds remaining, the Rio 2016 Olympic gold medallists equalised through Makenzie Fischer and, amid a Russian muddle in the dying moments, she then scored the winner at the Natatorium.

Fischer scored a team-high equalling three goals, which was matched by Kiley Neushul.

Rachel Fattal scored a brace, while Maddie Musselman, Jordan Raney, Aria Fischer, Jamie Neushul and Alys Williams all chipped in with one apiece as the Americans condemned Russia to the runners-up spot.

Next up for the US is tomorrow's quarter-final encounter with Australia, who finished bottom of Group B after their winless run continued with an 8-3 defeat at the hands of Hungary.

Gabriella Szucs, Ildiko Toth and Barbara Bujka all scored twice for the Hungarians with Dorottya Szilagyi and Rita Keszthelyi also registering a single goal each.

Hungary finished one point behind Group B winners Canada, who finished on eight following their 10-7 victory at the expense of hosts China.

Today’s other match in Group A saw The Netherlands pick up their first win and ensure third position by cruising to a 19-8 success over Japan.

Catharina van der Sloot scored five goals for the Dutch and nine of the other 14 were split evenly between Nomi Stomphorst, Marloes Nijhuis and Maud Megens.

As well as the US’s meeting with Australia, tomorrow’s quarter-final line-up also sees The Netherlands face Hungary, Japan go up against Canada and Russia do battle with China.

The semi-finals are scheduled to take place on Saturday (June 10) before the third-place play-off and final happen on Sunday (June 11).