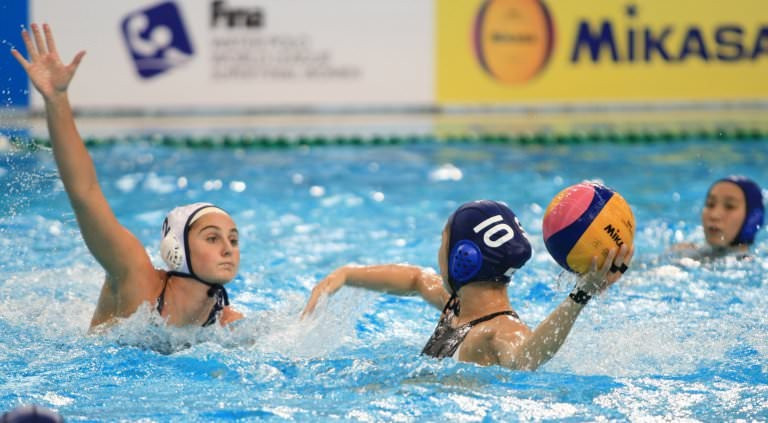 The American team, the reigning Olympic champions, continued their pursuit of a fourth straight title by sweeping aside Japan 17-4 in Group A at the Natatorium.

Alys Williams top-scored for the US with a hat-trick, with Mary Brooks, Maggie Steffens, Kiley Neushul, Aria Fischer, Jamie Neushul and Makenzie Fischer all chipping in with two.

It proved to be a comfortable outing for the Americans, who controlled proceedings throughout on the way to their second consecutive win.

Russia were involved in thrilling drama as they twice fought back from five goals down to overcome a desolate Dutch side on penalties in Group A.

The Netherlands edged the first period before they took control in the second, moving into a 9-5 lead.

They then extended their advantage in the third stanza but Russia gradually chipped away at the deficit and a 3-0 fourth quarter in their favour saw the match finish 10-10 after regulation time.

The momentum was with the Russians and they completed the turnaround with a 4-2 penalty shoot-out success to join the US on two wins from their opening two games.

Elsewhere on the second day of the tournament in the Chinese city, Canada picked up their second victory of the competition by beating Australia 8-4 in Group B.

Monika Eggens and Joelle Bekhazi were the star performers for Canada as they each netted two goals, while Rowie Webster score twice for the Australians.

Hungary bounced back from their shoot-out defeat to the Canadians yesterday in style as they hammered host nation China 16-6.

The Hungarians stunned the home crowd with a rampant win as Dorottya Szilagyi found the net on six occasions, while Barbara Bujka managed four goals.