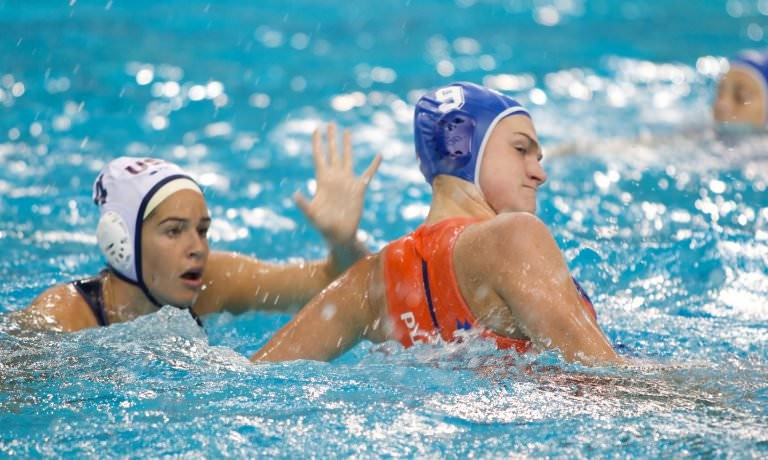 The United States began their pursuit of a fourth straight International Swimming Federation (FINA) Women's World League Super Final title with a narrow 6-4 victory over The Netherlands in Shanghai today.

The reigning Olympic champions edged their European counterparts in a tight Group A affair at the Natatorium.

Kiley Neushul was the star performer for the American team as she netted a hat-trick, while Maggie Steffens chipped in with two goals.

Aria Fischer also got her name on the scoresheet as the US battled to a nervy win.

They seemed to take their foot off the gas after scoring three unanswered goals in a dominant first period and allowed the Dutch a way back into the match.

Genee Dagmar bagged a double, with Catharina van der Sloot and Laura van der Graaf the other Dutch scorers, whose efforts proved to be in vain.

There was early drama on the first day of the tournament in the Chinese city as Canada needed penalties to get past Hungary.

The Hungarians, who lost by the same method to Russia in the bronze medal match at last year's Olympic Games in Rio de Janeiro, had drawn 9-9 with the Canadians after normal time.

Canada then outscored Hungary 2-1 in the shoot-out to get their Group B campaign off to a winning start.

Dorottya Szilagyi of Hungary was the game's top-scorer in normal time as she found the net on four occasions, while Emma Wright and Kyra Christmas replied with hat-tricks.

Elsewhere on day one of the competition, Russia comfortably swept aside Japan with a dominant 18-9 victory in Group A.

Anastasia Simanovich inspired Russia with five goals as they simply had too much for their Japanese opponents.

In the final encounter of the day, China delighted the home crowd by beating Australia 14-10.