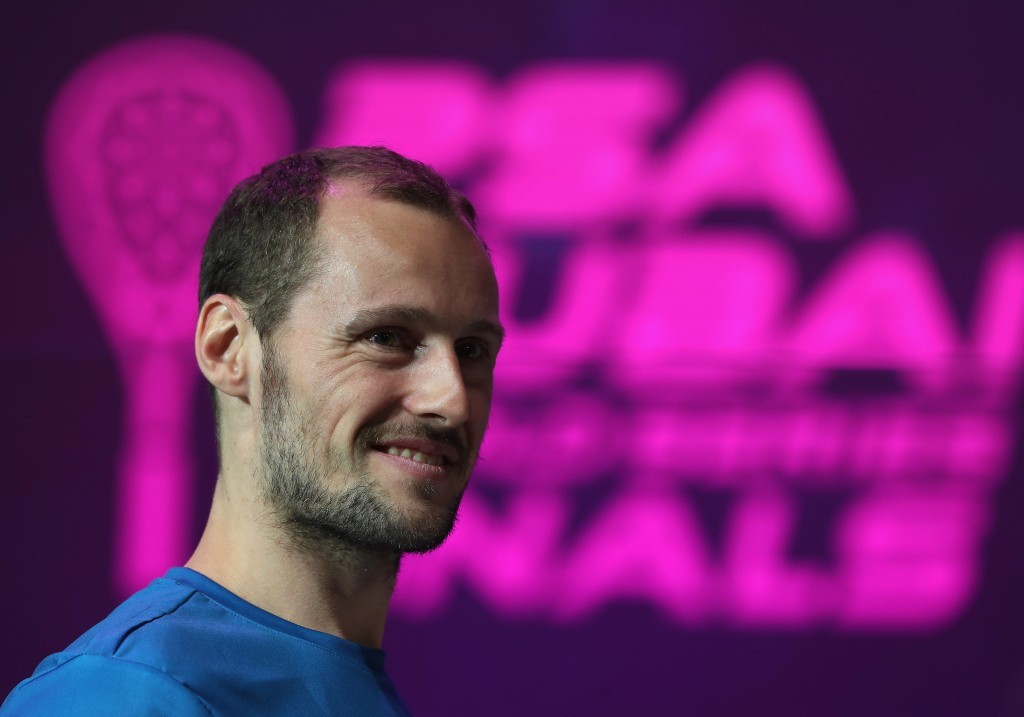 Frenchman Gregory Gaultier will be aiming to confirm his status as the best in the world by defending his Professional Squash Association (PSA) World Series Finals title in Dubai.

The 34-year-old, who won the World Championship in 2015, moved back to the top of the PSA's world rankings this month.

He rose above Egyptian Karim Abdel Gawad into the highest position on the table after successes in the Grasshopper Cup in Zurich and the Bellevue Classic in the United States during May.

In doing so, he also broke his own record for the oldest number one.

Gaultier, who beat Australia's Cameron Pilley in last year's final, will be keen to keep hold of the prestigious title at the Dubai Opera House in the United Arab Emirates city.

Matches get underway tomorrow with only the top eight men's and women's players on the Road to Dubai standings earning a spot.

"It's an amazing venue and you feel so amazed when you walk on court.

"It's very unique for everyone and winning last year meant a lot.

"It was my third time and it's one of the most prestigious tournaments."

Gaultier has been placed in Group B, which features four players to have reached world number one.

He is joined by Egyptian duo Ramy Ashour and Mohamed Elshorbagy and England's James Willstrop.

Karim Abdel Gawad of Egypt, the reigning world champion who finished top of the Road To Dubai standings, finds himself against England's Nick Matthew, compatriot Marwan Elshorbagy and Germany's Simon Rosner in Group A.

There is also a fascinating draw in the women's competition with three World Championship winners set to face each other.

The second group will feature Camille Serme, the Frenchwoman who topped the women's Road To Dubai standings after winning the 2016 US Open and this year's Tournament of Champions.

"It's an amazing location," said Massaro.

"It was jaw-dropping when we were told we would be playing in Dubai Opera.

"I think everyone feels privileged to play in such an iconic location.

"We all believe we can win and I think anyone can win on the day."

Two players from each group will advance to the semi-finals, with the tournament concluding on Saturday (June 10).