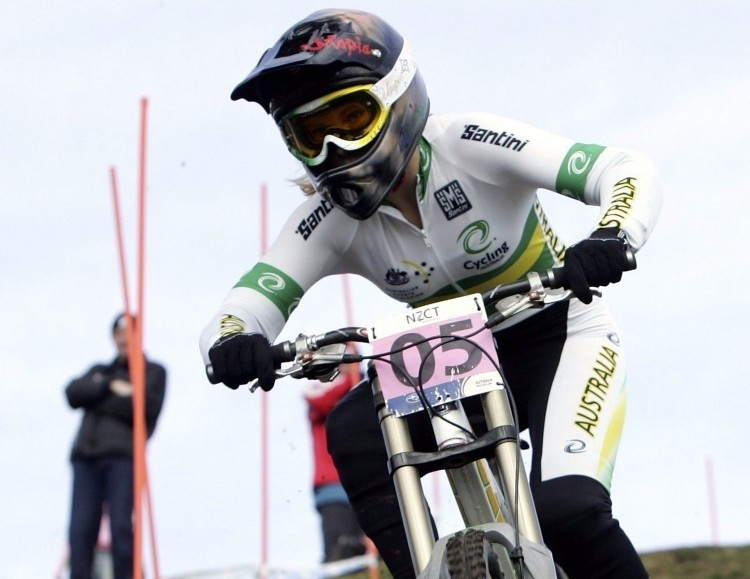 Home British fans were left despondent when defending champion and the world's dominant rider Rachel Atherton was forced to withdraw following a crash in morning timed practice at Nevis Range.

The Briton later revealed on Instagram how she had dislocated her left shoulder following the crash in a wooded section of the Scottish course.

In her absence, Hannah produced a superb performance to win in 5min 39.298sec.

Myriam Nicole of France finished 10.245 seconds behind to take the silver medal.

Manon Carpenter was the top home rider in fourth, 16.001 behind the winner, with Tahnee Seagrave ninth.

Aaron Gwin of the United States took third in 3.799.

Laurie Greenland was the top British finisher in ninth, 7.751 seconds behind, after world champion Danny Hart crashed out.