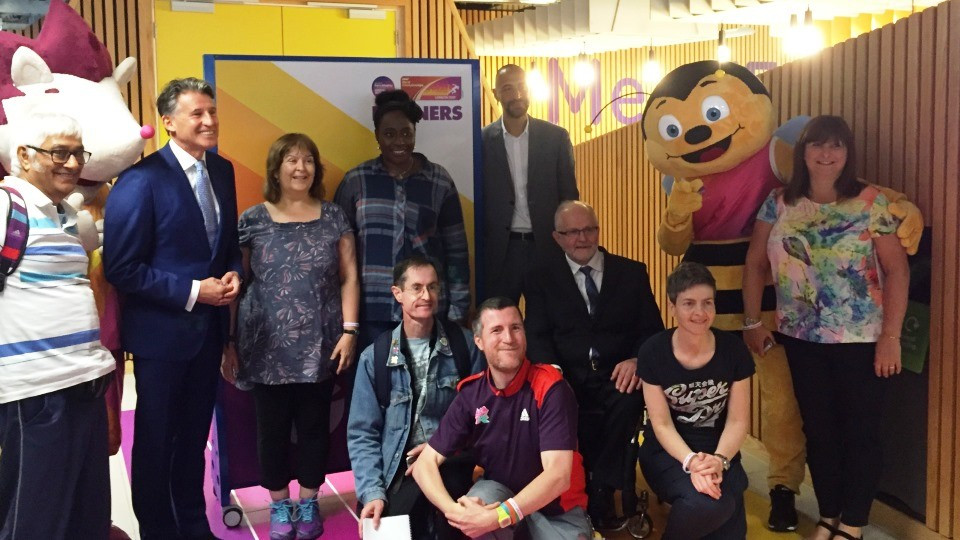 Volunteer training for the IAAF World Championships and World Para Athletics Championships, both being staged at the Olympic Stadium, is due to be held at venue in the Loughborough University London campus throughout June and will see more than 4,500 volunteers, known as "Runners", pass through.

It is hoped they will leave with the skills and resources needed to equip them for a busy schedule of athletics.

A total of 150 Runners were put through their paces at the official opening of the Training Centre, based in the heart of Queen Elizabeth Olympic Park.

It marks the first time both Championships will be hosted in the same city in the same year, with more than 3,000 athletes from more than 200 nations competing over 20 days of action at the Olympic Stadium in London.

Working with London 2017, Loughborough University intends to survey a large number of the volunteers to form the basis of a piece of research into volunteer motivations.

"I think it’s really important that Loughborough University, which is the preeminent university in the world of sport, should also be looking beyond simply providing the great coaching and ultimately the great athletes, but more broadly into what it’s also very good at, which is event management," Coe, the Chancellor of Loughborough University, said.

"Loughborough really understands the value of the volunteers, because ultimately the view which people form about these Championships will be largely predicated on the quality and ability of the people we see gathered here today.

"They’re often the first people you meet when you arrive and possibly the last people you say goodbye to, and throughout the course of the event journey they’re the ones who are way-finding and being there to give a helping hand.

"Often just a smile is enough to send people back recognising the event is something special.

"That's why good volunteers are so special and I’m delighted Loughborough is involved again."

Sir Philip revealed he expected the Runners to have a positive effect on the Championships in the same way the "Games Makers" did at the 2012 Olympic and Paralympic Games in London.

"They are the face of the Games, they are the people who interact with the athletes, with the spectators, with the media and they are what make it really tick," he added.