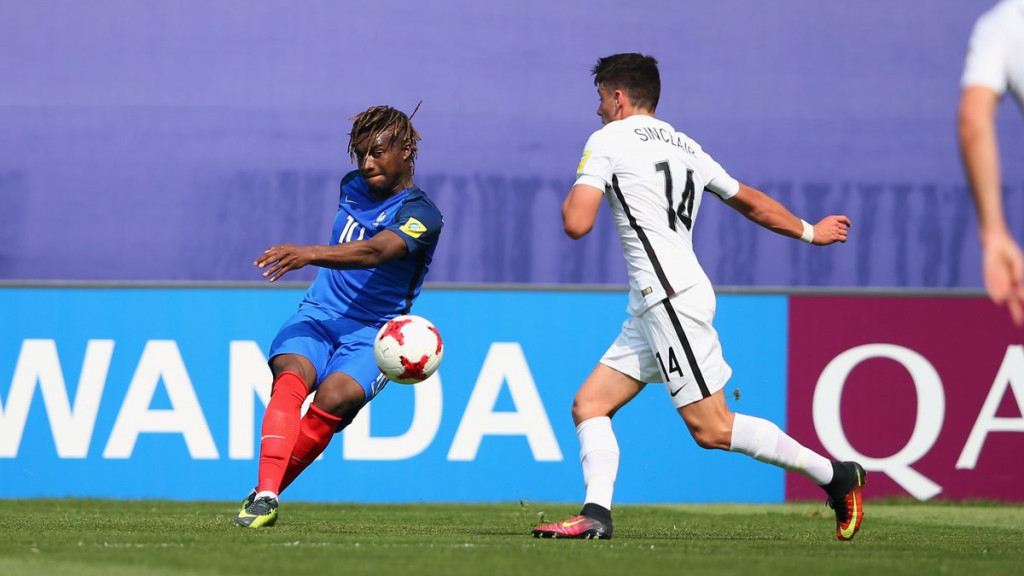 Two goals from an inspired Allan Saint-Maximin powered France to a 2-0 win over New Zealand in a battle between the two leading Group E teams at the FIFA Under-20 World Cup in South Korea today.

The winger, who currently plays for SC Bastia on loan from French champions Monaco, opened the scoring in the 22nd minute at the Daejeon World Cup Stadium.

He picked the ball up and embarked on a jinxing run before swerving a fierce drive past Kiwi keeper Michael Woud.

Fifteen minutes later, the 20-year-old gained the ball on the left before curling brilliantly past Woud from the edge of the area.

It meant France progressed as group winners to set-up a last 16 clash with Italy, who placed second in Group D.

Honduras won 2-0 over Vietnam in the other Group E clash at the Jeonju World Cup Stadium, but both teams were eliminated.

The US sealed the top spot in Group F despite a 1-1 draw with a battling Saudi Arabia in Daejeon.

A first half opener by Brooks Lennon was cancelled out by Abdulelah Alamri in the 74th minute.

Senegal had earlier sealed second place in the group after a 0-0 draw with Ecuador in Jeonju.

But the Saudi Arabians did enough to progress as one of the best third placed teams along with Costa Rica, Japan and Germany.

They will meet Group D winners Uruguay in the last 16 while Senegal will be up against Group B runners-up Mexico.

Tomorrow will be a rest day before knock-out action begins on Tuesday (May 30).