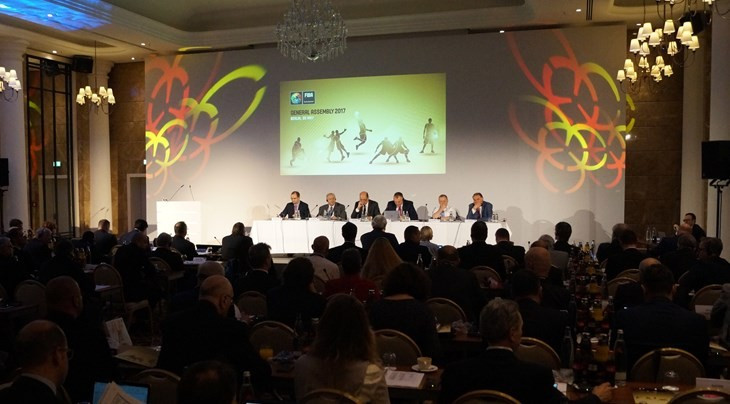 International Basketball Federation (FIBA) Europe President Turgay Demirel has hailed the continent’s success in 2016 during their Congress in Berlin.

In a speech at the event, Demirel pointed to the achievements of Serbia and Spain at the Rio 2016 Olympic Games.

Serbia reached the men’s final at the Games before suffering a 96-66 defeat to the United States while Spain won the bronze medal match 89-88 against Australia.

In the women's competition, Spain secured silver, losing 101-71 to the US in the final, while the Serbians picked up bronze by defeating France 70-63.

“The success of European national teams in world tournaments showed that they are among the strongest, Serbia and Spain being a prime example after winning medals in both the women’s and men’s Olympic basketball tournament,” Demirel said.

"The qualifiers windows for FIBA EuroBasket Women 2017 showed remarkable results, with all games embraced by the federations and fans and the women’s game experiencing extended exposure on television.

“The response proves that women’s basketball is on the right track, and I am sure that we will see another prove of this at the Final Round in Czech Republic.”

The event was first held under the format in 2015 and Demirel believes this year's event will prove equally successful.

“Hosts Finland, Israel, Romania and Turkey are passionate about basketball and their efforts promise another successful event, which will see high-level basketball and which we are proud to be a part of,” he said.

"Our efforts and investments into grassroots basketball in the past years are showing results which we can be very proud and happy with.

“This summer, for the first time, all our 50 member federations will be participating across the 16 European Youth Championships."

The Congress was attended by FIBA President Horacio Muratore and the organisation’s secretary general Patrick Baumann.

"We are closer to basketball in the different countries,” said Muratore.

“One FIBA today is more relevant than ever.

“The contribution of each FIBA zone and each national federation is of the utmost importance for the development of basketball world-wide, be it grassroots, 3x3 or the new FIBA calendar and competition system from 2017 onwards.

“FIBA is trusting its federations and we will continue to support them in this new era."

A delegate from the Great Britain Federation was present at the Congress for the first time, with the body having replaced the Associations of England, Scotland and Wales.

The session concluded with the assembly voting Cyprus as the host country for the 2018 General Assembly.