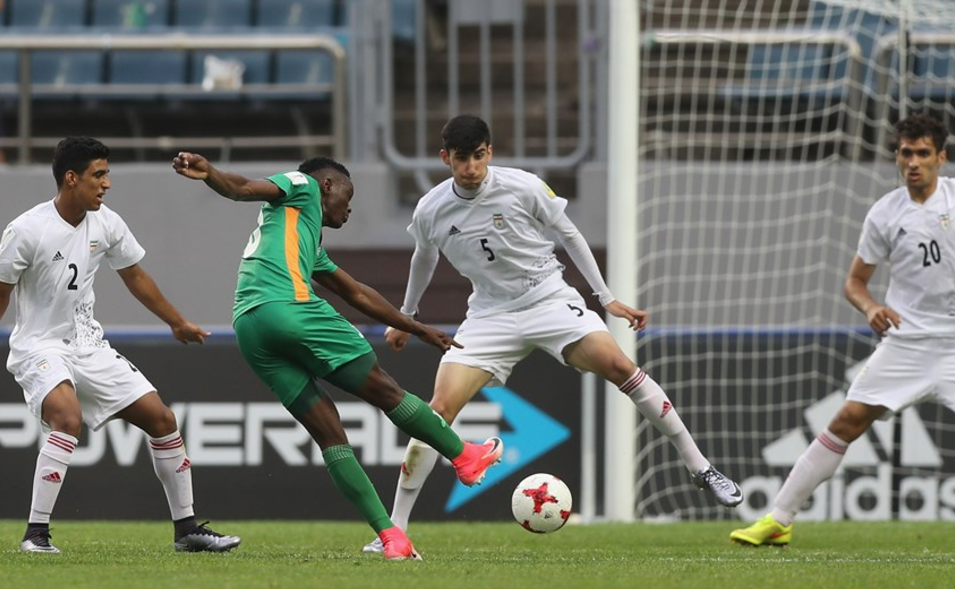 Zambia have made it through to the last 16 of the FIFA Under-20 World Cup in South Korea after coming from two goals down to beat Iran 4-2 today.

The African nation, who defeated Portugal in their opening match, fell behind when Reza Shekari scored twice inside 49 minutes at the Jeju World Cup Stadium.

Just five minutes later Fashion Sakala cut inside and fired low to cut the deficit for the Africans, who then drew level with one of the goals of the tournament so far.

A lovely flowing move down the right resulted in Emmanuel Banda's flick falling to Enock Mwepu, who converted the chance to level the contest on 59 minutes.

Banda then put Zambia in front following a goalmouth scramble before Patson Daka unleashed a shot into the bottom corner from 20 yards to seal the victory.

Portugal, considered one of the favourites before the tournament started, failed to win once again as they were held to a 1-1 draw by Costa Rica in Jeju.

The European side went in front after Benfica's Diogo Goncalves slammed home a penalty on 32 minutes.

Immediately after the break, Costa Rica were awarded a spot kick for a foul on Jonathan Martinez.

Portuguese goalkeeper Diogo Costa stopped Jimmy Marin's effort, only to see it ricochet in off his knee.

Iran sit second in the group on three points, with Portugal and Costa Rica both having one.

Italy defeated South Africa 2-0 to claim their first win of the tournament at the Suwon World Cup Stadium in Group D.

After losing 1-0 to Uruguay in the opening round of fixtures, the Azzurrini dominated the match and took the lead after 23 minutes.

Ricarrdo Orsolini converted a penalty to score his side's first goal of the tournament.

The Italians doubled their lead in the 57th minute when Giuseppe Scalera's long throw-in found Andrea Favilli, who guided in a powerful header off the far post and into the net.

Elsewhere in Group D, Uruguay secured their place in the last 16 after they beat Japan 2-0 in Suwon.

The South Americans opened the scoring in the 38th minute.

Jose Luis Rodriguez dribbled past two defenders on the right before finding Nicolas Schiappacasse inside the penalty area.

He fired the ball past Ryosuke Kojima in the Japanese goal.

Japan pushed for an equaliser but in the dying stages Uruguayan substitute Marcelo Sarachhi played in Mathias Olivera who slotted home to seal the three points.

Italy and Japan both have three points in the standings with South Africa yet to get off the mark.

Action is due to continue tomorrow with the second round of fixtures in Groups E and F.