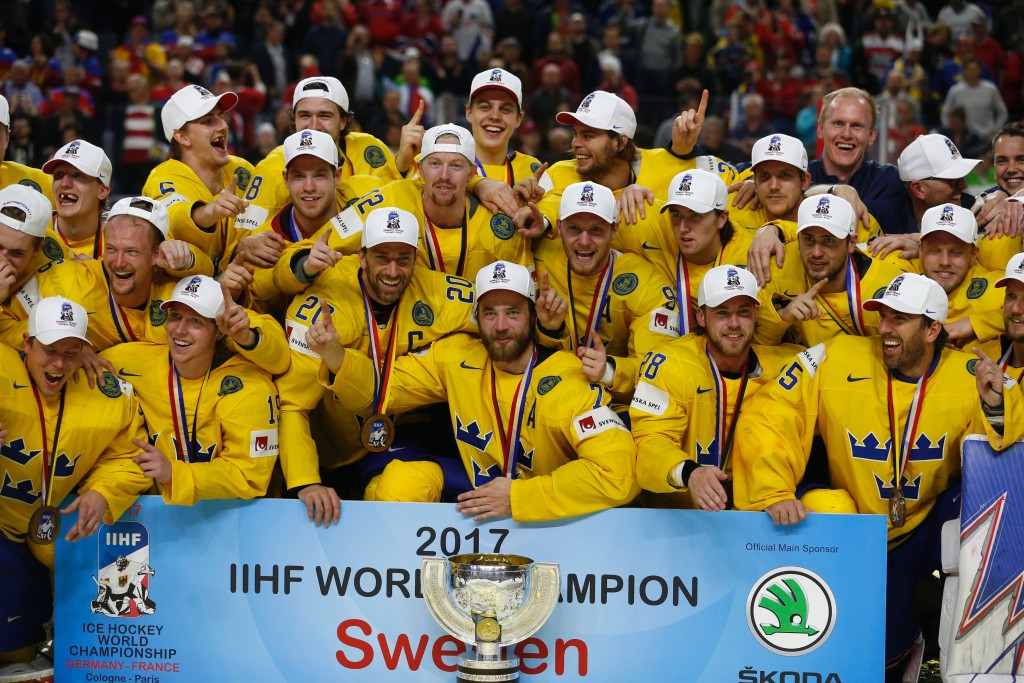 The crowds gathered around Sergels Torg in Stockholm after the Scandinavian country won their 10th world title at this year's tournament held in French capital Paris and German city Cologne.

Sweden beat Canada via a penalty shoot-out after a 1-1 draw in Sunday's (May 21) final at Cologne's Lanxess Arena.

The hero was keeper Henrik Lundqvist after he stopped all four Canadian penalties he faced, handing Sweden their first gold medal since 2013.

"It’s been a fantastic two weeks with these guys, and to feel the support from home, too,” said Lundqvist, whose twin brother Joel was also in the squad.

Prime Minister Stefan Lofven was also present at the celebration event to address the crowd, and described his feelings after Henrik Lundqvist saved the vital penalty to seal victory.

"I think the entire country erupted and it was heard all the way in Canada," he said.

The winning team were also greeted at Sweden's Royal Palace.

They knocked out Finland in the semi-finals and Switzerland in the last eight en-route to the final.

In the group stage they progressed after losing two out of their first three matches, to Russia and the United States.