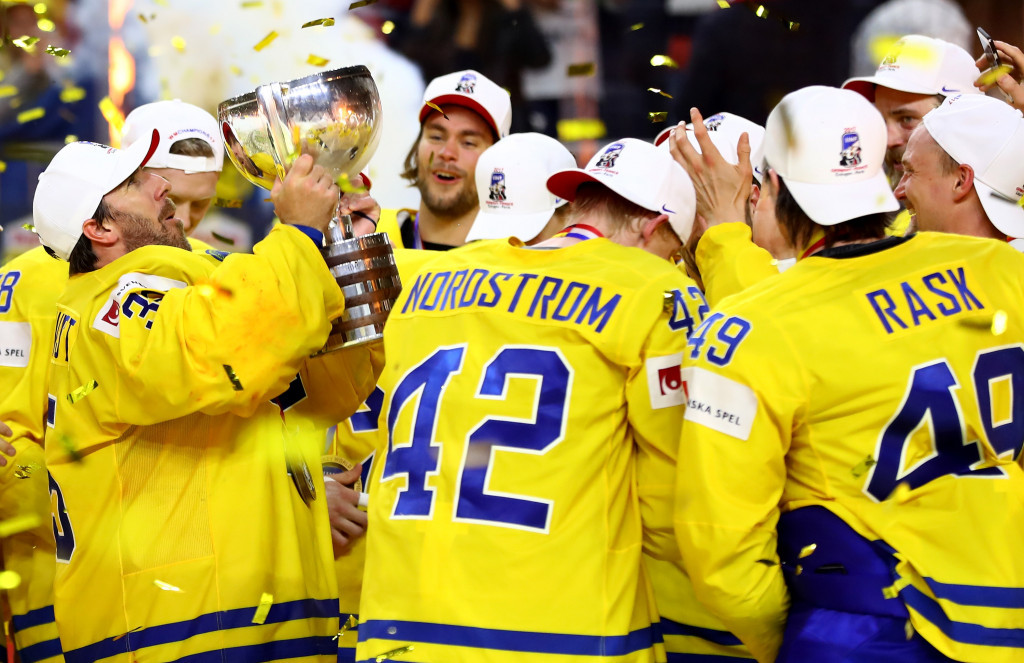 The group stage draw has been completed for the 2018 International Ice Hockey Federation (IIHF) Ice Hockey World Championships taking place in Copenhagen and Herning in Denmark.

Recently crowned champions Sweden will play in group A, which is due to be based in the Danish capital.

The Swedes were crowned the winners of this year's tournament after defeating Canada via a shoot-out on Sunday (May 21) at the Lanxess Arena in Cologne.

Henrik Lundqvist stopped all four Canadian shots he faced in the shoot-out, handing Sweden their first gold medal since 2013.

They have been drawn alongside this year's bronze medallists Russia, the Czech Republic, Switzerland, Belarus, Slovakia, France and Austria.

Action in the capital will take place at the 12,500-capacity Royal Arena, which will also host the semi-finals and medal matches.

Host Denmark will play in group B in Herning.

This year's silver medallists Canada will also be in group B along with Finland, the United States, Germany, Norway, Latvia and South Korea.

The games will be played at the Jyske Bank Boxen in Herning, which has a capacity of 11,000.

”The two groups are very close to being perfectly balanced," said Henrik Bach Nielsen, an IIHF Council member and the President of the Danish Ice Hockey Association.

"Sweden and Denmark had to be in separate groups, and we wanted to have Russia in Copenhagen.

"They bring a lot of spectators and generally tend to be a comprehensive task for the organiser.

"We have already received a lot of hotel requests from Russian stakeholders.

"We are sure that Copenhagen will handle the task while simultaneously creating a festive environment for the many spectators from abroad that will arrive – and for all the Danish fans attending the party.”

The game schedule is set to be announced at a later date.