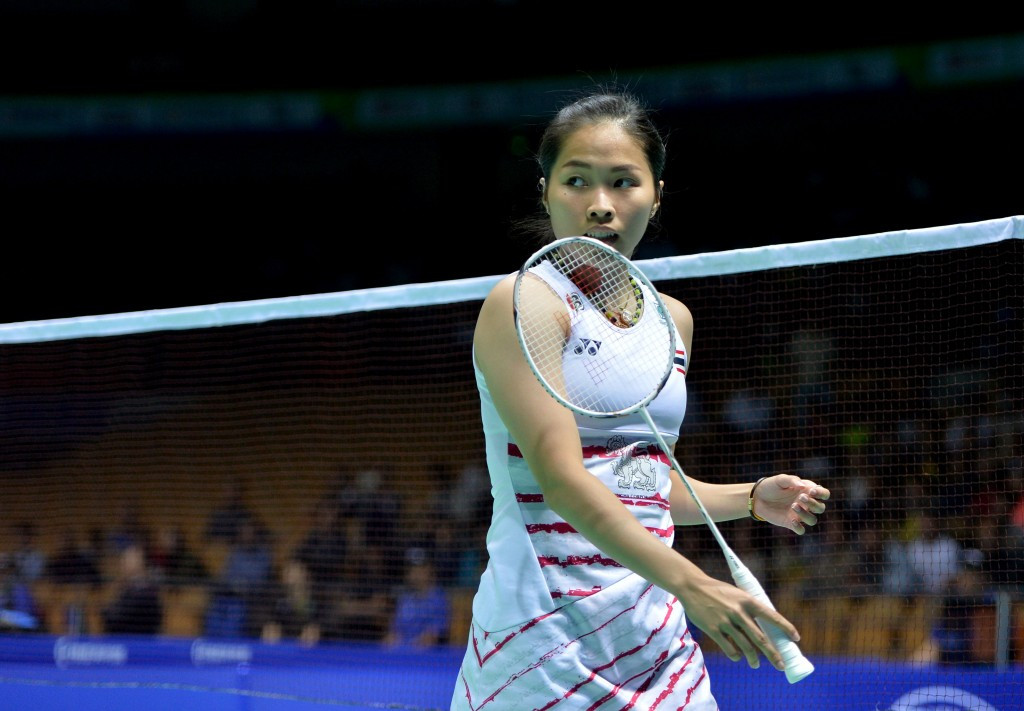 Thailand held off Hong Kong to book their place in the quarter-finals of the Sudirman Cup at the Carrara Sports and Leisure Centre in Gold Coast.

Their prospects took a damaging blow when they fell 2-0 down in the Badminton World Federation's (BWF) world mixed team tournament.

Bodin Isara and Nipitphon Phuangphuapet gave Thailand the lead when they beat Or Chin Chung and Tang Chun Man 22-20, 17-21, 21-11 in the men's doubles, before Ratchanok Intanon won 21-14, 21-17 in the women’s singles against Yip Pui Yin.

Ng Ka Long got Hong Kong back into the contest by winning the men's singles tie 21-11, 21-16 against Tanongsak Saensomboonsuk, with Poon Lok Yan and Tse Ying Suet then levelling the contest in the women's doubles.

The match concluded with the mixed doubles contest, where Dechapol Puavaranukroh and Sapsiree Taerattanachai beat Lee Chun Hei and Chau Hoi Wah 21-16, 21-16 to give Thailand a 3-2 win.

The result ensured China and Thailand will advance from Group A, with the two teams set to clash in the final match to decide who tops the standings.

South Korea and Chinese Taipei will advance from Group B, as the two teams have  now both secured wins over Russia.

The South Korean team beat them by a 4-1 scoreline yesterday, with Chinese Taipei matching that margin of victory today.

Group A and B will conclude on Wednesday (May 24), while the other two groups will have their second matches tomorrow.

Germany will need to beat Malaysia to keep their prospects of advancing from Group C alive, having lost to Japan already.

India face the same challenge in Group D, having lost to Denmark 4-1 yesterday.

They will take on Indonesia tomorrow.