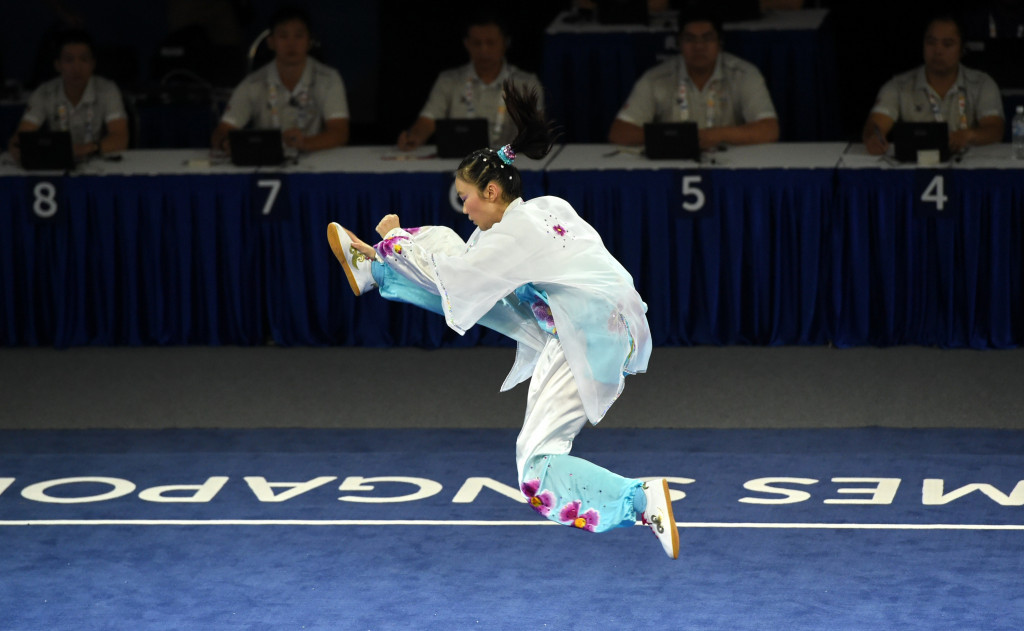 The 2018 Asian Games were on the agenda when an Indonesian delegation met with the International Wushu Federation (IWUF) in Beijing.

Chen Guorong, director of the IWUF Technical Committee and vice chairman of the Chinese Wushu Association, was also in attendance.

Hartarto, the Indonesian Minister of Industry, was elected to his wushu role early this year.

His country will host the next edition of the Asian Games in capital city Jakarta and Palembang, where wushu will be among the sports contested.

The sport will be held at the Jakarta International Convention and Exhibition Center between August 19 and 21 in 2018.

Also discussed were the 2015 World Wushu Championships which were held in Jakarta, as well as the development of the sport in Indonesia and across the world.

Hartarto expressed his gratitude to the IWUF with the visit including a welcome banquet and the exchange of gifts.

He said that wushu was very popular in Indonesia and that he wanted to develop further exchanges with the IWUF.

Wushu was one of three sports from a final shortlist of eight not to be recommended for inclusion at the Tokyo 2020 Olympic Games.

The Chinese martial art missed out along with bowling and squash.

Baseball/softball, climbing, karate, skateboarding and surfing were all accepted.