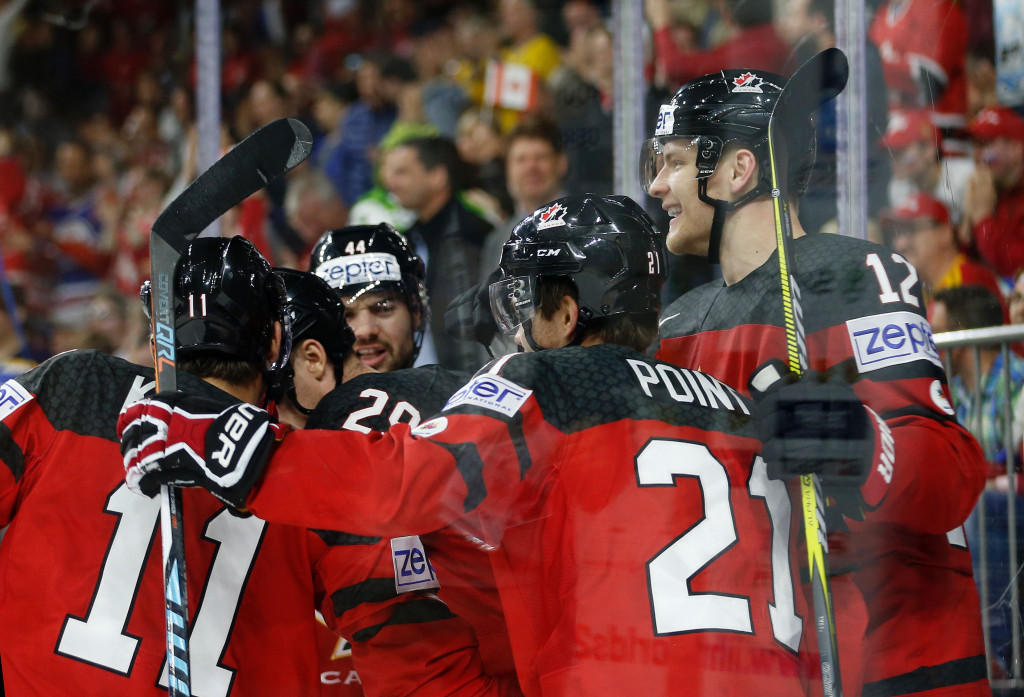 Defending champions Canada will have the chance to retain their title at the International Ice Hockey Federation (IIHF) World Championships following a stunning comeback in the semi-finals today.

The North Americans defeated Russia 4-2 at the Lanxess Arena in Cologne after trailing 2-0.

Russia were hoping to reach the final after losing to Finland on home ice in last year's semi-finals and they enjoyed a phenomenal start, leading 2-0 at the end of the second period.

The Russians looked in control of the match and certain of a place in the final until Canada's Mark Scheifele pulled one back just 17 seconds into the third period.

A sublime passage of play then followed as the Canadians scored three times in just three minutes to steal the game.

Nate Mackinnon levelled the contest at 2-2 after 55 minutes.

The North Americans were then in front just under two minutes later when Ryan O'Reilly scored his country's third.

Their place in the final was then assured when Sean Couturier added a fourth for Canada to complete the comeback.

The Swedes raced into a 1-0 lead after Alexander Edler scored with less than two minutes played at the Lanxess Arena.

However, three minutes later Finland were level with Joonas Kemppainen firing into the opposition's net.

After the two teams were level at the first buzzer Sweden took the lead once again.

Four minutes into the second period John Klingberg regained the lead for his team before William Nylander extended Sweden's advantage to 3-1.

The final blow to Finland's hopes of reaching the final came after 53 minutes when Joakim Nordstrom slotted home a fourth to send Sweden through.

Russia will now play Finland in the bronze medal match, which is also scheduled for tomorrow in Cologne.