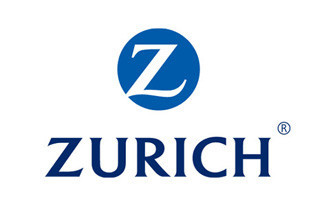 Zurich Insurance has been announced as an official sponsor of the men's International Ice Hockey Federation (IIHF) World Championships from 2018 to 2020.

The Swiss company are set to benefit from brand exposure on advertising boards in camera view as part of the deal.

In addition, the company's logo will be used across all official print materials, the IIHF website and video packages.

"I am extremely happy with this new agreement," said Christoph Gaus, the head of marketing at Zurich Switzerland.

"Ice hockey is an honest and popular sport, which is in perfect alignment with the national insurance company of Zurich.

"Together with the fans, we are looking forward to outstanding games - especially the 2020 IIHF Ice Hockey World Championship in Switzerland, which will be an unforgettable event for everyone."

Hosts have already been confirmed for the next three editions of the men's Championships, with all three tournaments boasting two host cities.

This is the same as this year's event which is currently ongoing in the German city of Cologne and French capital Paris.

Next year's tournament will be held in Copenhagen and Herning in Denmark.

The 2019 edition is scheduled for Bratislava and Košice in Slovakia, while the 2020 tournament will take place in the Swiss cities of Zurich and Lausanne.

The company will also continue its support as an official presenting partner of the Swiss Ice Hockey Cup for a further four years, until the end of the 2020-21 season.

Zurich will continue to benefit from brand exposure in the respective venues through board and under-ice advertising, as well as on the players' helmets, jerseys, pads and goalie gloves.