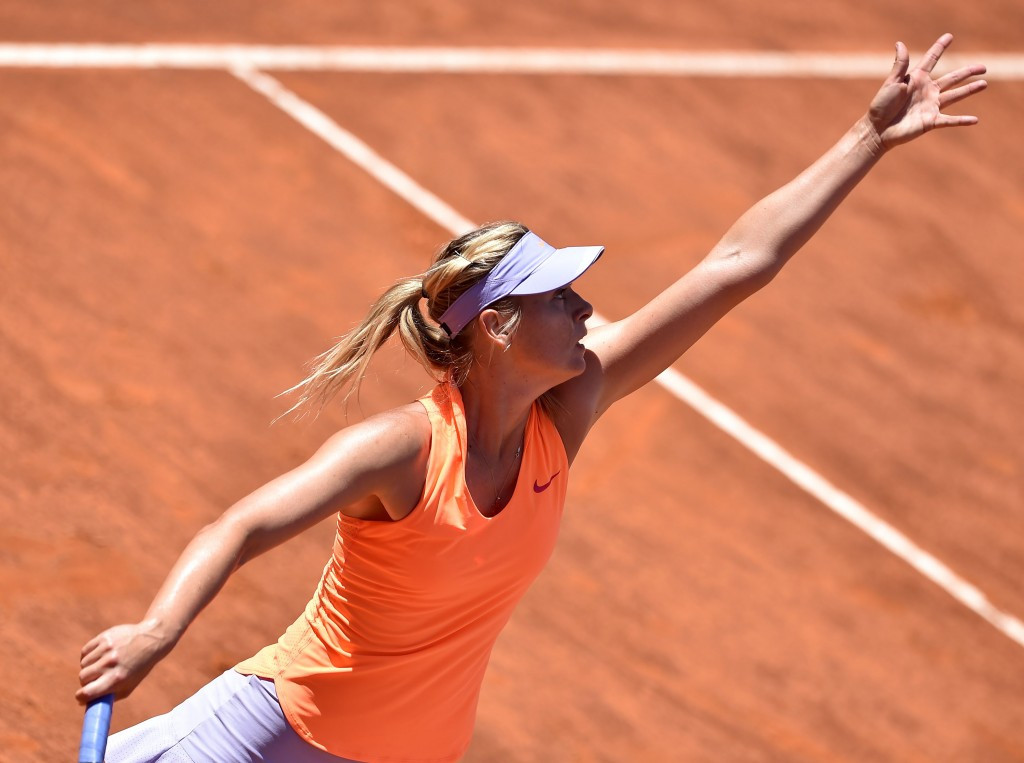 Maria Sharapova eased to victory in the first round of the Rome Masters today as she continued her comeback from a 15-month doping ban.

The Russian, playing in her third tournament since her suspension after testing positive for meldonium, saw off American Christina McHale 6-4, 6-2 on the clay at Foro Italico.

Organisers awarded the 30-year-old five-time Grand Slam winner a wildcard for the tournament in the Italian capital, following in the footsteps of the Porsche Open and the Madrid Open.

This approach has led to criticism from those who think Sharapova should have to regain her ranking points before being allocated spots in major tournaments.

Elsewhere in the women's draw, Porsche Open champion Laura Siegemund of Germany progressed with a 6-2, 6-4 win over Japan's Naomi Osaka.

Kazakhstan's Yulia Putintseva was another to go through as she knocked out Puerto Rico's Olympic gold medallist Monica Puig 6-2, 7-5.

Australia's Bernard Tomic was knocked out, however, going down in three sets to Germany's Jan-Lennard Struff, 6-7, 6-1, 6-4.

The competition is an Association of Tennis Professionals (ATP) World Tour Masters 1000 event, as well as a Premier 5 event on the Women's Tennis Association (WTA) tour.

It is a key preparation event for the French Open, the clay court Grand Slam, which begins on May 28 at Roland Garros in Paris.