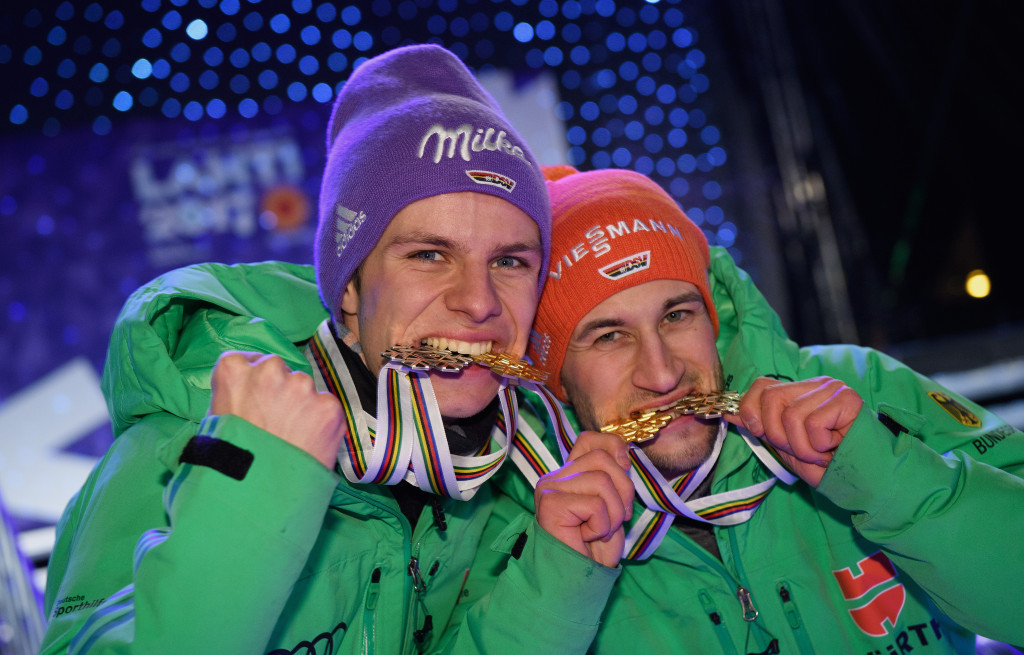 Andreas Wellinger and Markus Eisenbichler are the only athletes to have received men's A team status from the German Ski Association (DSV) for the upcoming ski jumping season, which will include the Pyeongchang 2018 Winter Olympics in South Korea in February.

Wellinger, who was part of the German team who won gold in the large hill team event at Sochi 2014, finished fourth in the International Ski Federation (FIS) World Cup last season.

The 21-year-old did win a gold and two silver medals at last year's World Championships in Lahti in Finland.

Eisenbichler finished eighth in last winter's overall World Cup and had one podium finish when he placed third in Lillehammer in December.

Together with Richard Freitag, Severin Freund, Karl Geiger, Stephan Leyhe and David Siegel, who were all named in the B team, Wellinger and Eisenbichler will train under head coach Werner Schuster.

The opening event of the men's 2017-18 Ski Jumping World Cup season will be held in Ruka in Finland on November 25 and 26.

Vogt and Würth, along with Katharina Althaus, have all been named on the women's A team for the next campaign.

Vogt, who won normal hill gold at Sochi 2014, won her third and fourth World Championships gold medals of her career in the last campaign and also finished fifth in the women's World Cup.

As well as her mixed normal hill title, the 25-year-old also won the individual normal hill crown for the second time in her career, after also winning it in 2015.

Althaus posted the highest overall World Cup position among her compatriots as she finished fourth while Würth took 10th place.

The trio will train alongside Anna Rupprecht, who has been placed on the B team, with their head coach Andreas Bauer.

The women's World Cup season will begin in Lillehammer on December 1 and 2 before concluding on the Holmenkollen in Oslo on March 11.