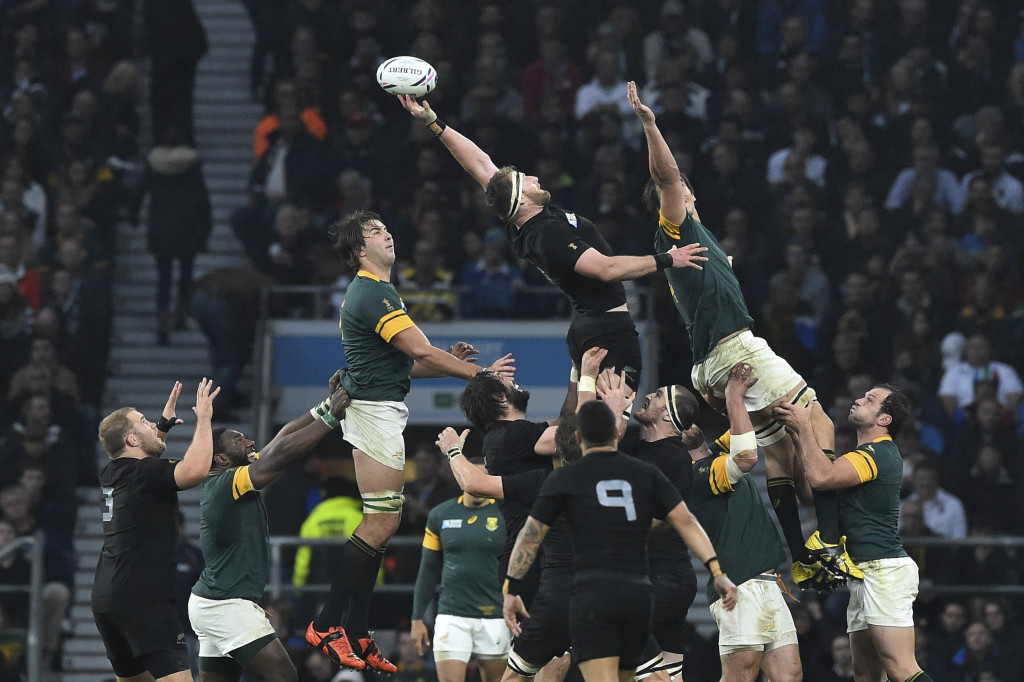 New Zealand and South Africa will meet in the pool stages of the 2019 Rugby World Cup in Japan after the draw for the competition was made at the State Guest House in Kyoto this morning.

The two Southern Hemisphere powerhouses clashed in the semi-finals of the 2015 edition of the tournament in England, but will meet in the opening stage of the event in Pool B in two years' time.

New Zealand, who went on to retain the trophy against Australia in the final, and South Africa, who won the tournament in 1995, have been drawn alongside Italy as well as two unknown qualifiers from the Americas continent and a repechage round winner.

Hosts Japan will meet Scotland and Ireland in Pool A, alongside a European qualifier and the winner of a play-off featuring teams from Oceania and Europe.

Australia will be looking to go one better than two years ago and will meet Wales and Georgia in Pool D.

Two nations who will qualify from the Americas and Oceania qualifying events will complete the pool.

England, who have won 18 out of 19 test matches under new head coach Eddie Jones since his appointment in 2015, have a tough draw as they will meet European rivals France and Argentina, who lost in the semi-finals to Australia in 2015.

The England team produced a disappointing performance on home soil two years ago as defeats against Wales and Australia in what was considered the tournament's toughest group saw them become the first hosts to not progress past the opening round.

Jones’ men will also play two play-off winners, one from Oceania which will be either Samoa, Tonga or Fiji and another out of the United States or Canada from the Americas zone.

All qualifying will be finished by the end of next year and the top two teams from each pool will reach the quarter-finals, with the tournament beginning on September 20 before concluding with the final at the International Stadium in Yokohama on November 2.

Prior to the draw taking place, World Rugby voted to increase the period of residency to become eligible for an international team from three to five years.

The move aims to halt players leaving tier two nations in search of a place in other national squads.

“This is an historic moment for the sport and a great step towards protecting the integrity, ethos and stature of international rugby,” said World Rugby vice-chairman Agustin Pichot.

“National team representation is the reward for devoting your career and your rugby life to your nation.

"These amendments will ensure that the international arena is full of players devoted to their nation, who got there on merit.”