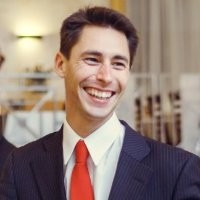 Olek Kazimirowski has been confirmed as the Chef de Mission for Belgium’s team for next year's Winter Paralympics in Pyeongchang.

The Belgain Paralympic Committee (BPC) announced today that Kazimirowski would be taking charge for the nation’s athletes in the South Korean resort.

Since January 2015, he has worked for the BPC as their sport and team manager and was also Chef de Mission at the Rio 2016 Paralympic Games.

"The Pyeongchang 2018 Paralympic Games are a unique opportunity for Belgian athletes to perform at the highest level and to add a beautiful chapter to Belgian sports history," Kazimirowski said.

"I wish them a lot of luck with their selection for these Winter Games."

Before joining the BPC, Kazimirowski was at the French-speaking climbing federation Club Alpin Belge.

While there, he helped guide athletes in climbing and ski mountaineering.

He also served as the director of the Belgian Federation of Climbing and Mountaineering.

Belgium have just one Winter Paralympic medal in their history, Willy Mercier winning bronze in the B1 super-G at Lillehammer 1994.