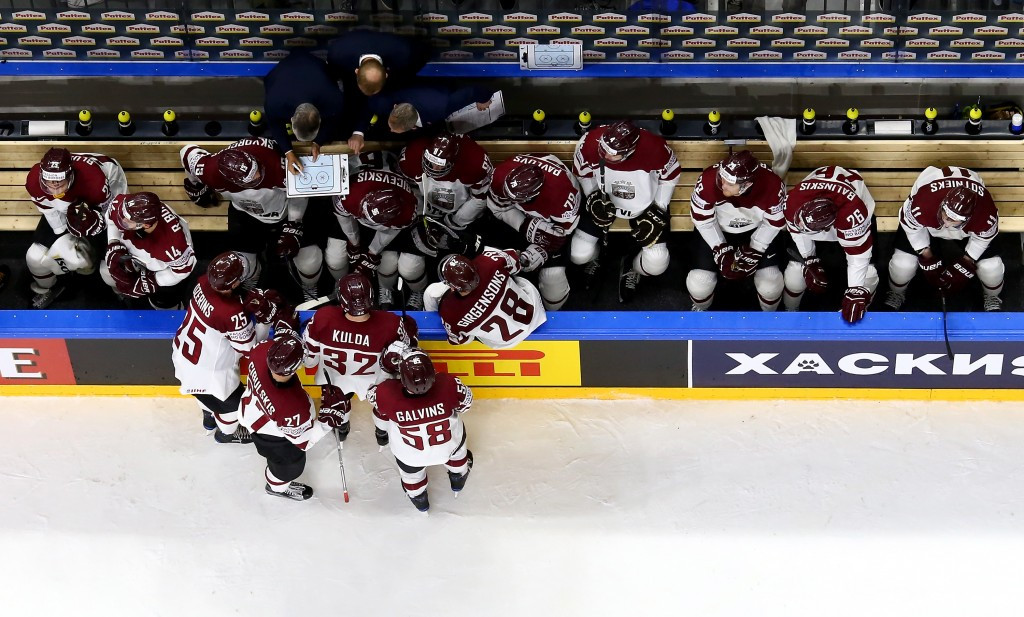 Latvia recorded their third consecutive victory at the International Ice Hockey Federation (IIHF) Men's World Championships but were made to work for their latest triumph by Italy at the LANXESS Arena in Cologne.

Wins over Denmark and Slovakia had given tournament 12th seeds Latvia an ideal start to the competition, boosting their chances of reaching the play-offs.

The encounter with the Italian side, who had suffered consecutive defeats, appeared to offer an opportunity to strengthen their position in Group A.

They suffered an early setback, however, when Marco Insam gave Italy the lead in the opening period, as they continued their pursuit of a first victory since promotion.

Andris Dzerins levelled the scoreline for Latvia but the two nations then remained locked at 1-1 throughout the second period.

Italy, who suffered an overtime defeat to Slovakia in their opening match, were hit late in a match again as Dzerins struck in the closing minutes to give Latvia a 2-1 win.

"There are bigger tests to come," said Dzerins.

"We've got Sweden next, and we know our coach will be making another good game plan.

"It's up to us to be prepared for them."

Lativa, whose best finish at the World Championships is seventh place, currently top the Group A standings with three victories.

Russia occupy second place, owing to one of their three wins having been achieved in overtime.

The United States follow with two wins, while Sweden, Germany and Slovakia have one victory to their names.

Denmark also boast one victory to their names, as they move off the bottom of the group standings by overcoming Slovakia.

The match was a tightly fought contests but Denmark eventually prevailed 4-3.

Group B continued at the AccorHotels Arena in Paris, with Norway moving into second place in the standings behind defending champions Canada.

The Norwegians eased to a 5-1 victory over Slovenia to bounce back perfectly from their loss to Switzerland on Sunday (May 7).

Switzerland had appeared on course to claim a third win of the tournament when they led France 3-2 in the third period of their clash.

The hosts found a late equaliser to force an overtime period before an effort from Stephane da Costa gave France a penalty shoot-out victory.

France now have an identical record with Switzerland and the Czech Republic, while Finland lie sixth with one win and two defeats.

Slovenia and Belarus remain yet to win after three games.