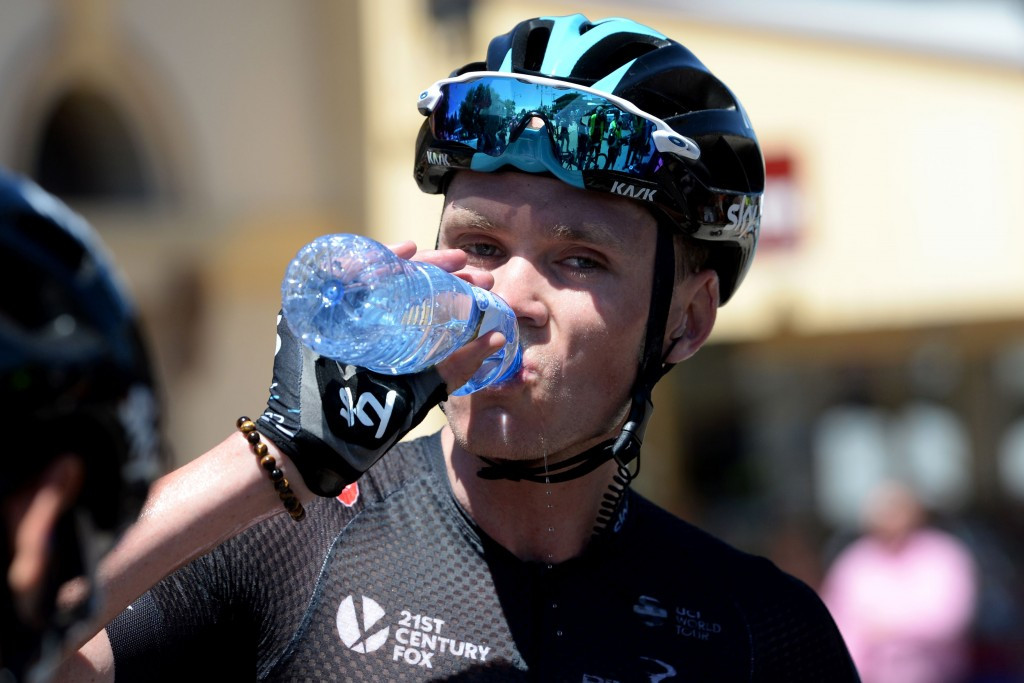 Chris Froome said he was "rammed" off his bicycle during a training ride today in France.

The triple Tour de France champion from Great Britain tweeted a picture of his bike after the incident, which he confirmed has been reported to local police.

He said the driver of the car had actually gone onto the pavement to hit him after Froome attempted to get away from the incident, which left his bike in a badly damaged state.

The 31-year-old Team Sky rider also said the driver of the car did not stop following the incident.

"Just got rammed on purpose by an impatient drivers who followed me onto the pavement!" Froome tweeted along with a picture of his damaged bike.

Just got rammed on purpose by an impatient driver who followed me onto the pavement! Thankfully I'm okay ? Bike totaled. Driver kept going! pic.twitter.com/o7FT4iXsAo

Last month, Italian cyclist Michele Scarponi was killed during a training ride in his home country after being involved in a collision with a van.

This year’s Tour de France is set to run from July 1 to 23, with Froome looking to retain the yellow jersey.

He also claimed the title in 2013 and 2015, because the second Briton after Sir Bradley Wiggins to be crowned champion.

Alongside his Tour de France wins, Froome also has two Olympic bronze medals, secured during the time trial competitions at London 2012 and Rio 2016.