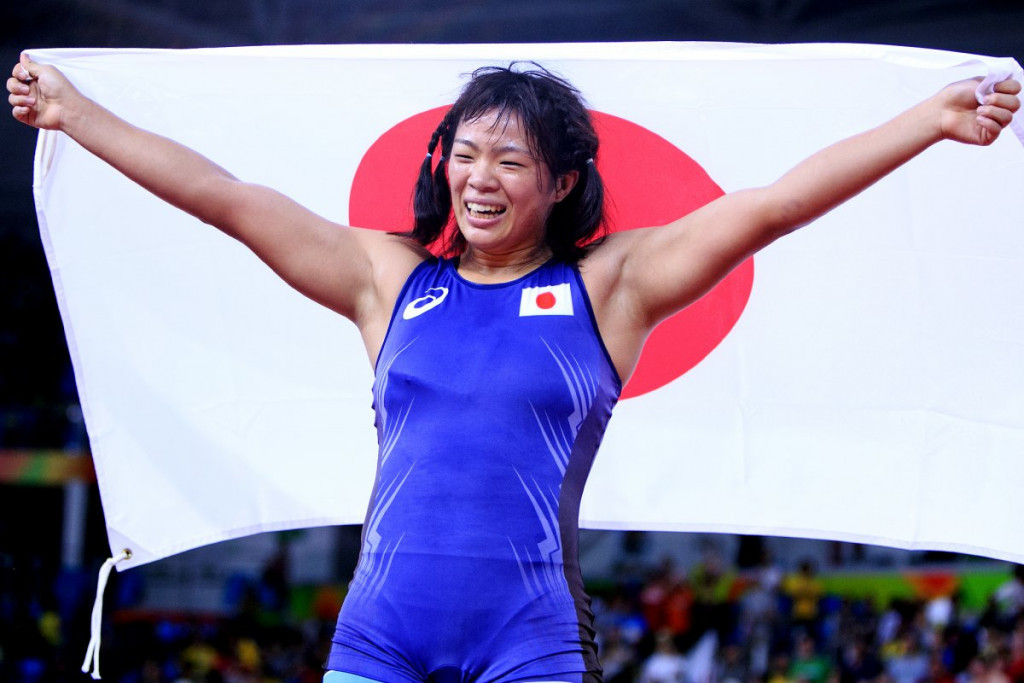 Rio 2016 Olympic gold medallists Risako Kawai and Sara Dosho will lead a young but powerful Japanese women’s squad into the 2017 Asian Wrestling Championships, which are due to begin tomorrow at the Indira Gandhi Sports Complex in India’s capital New Delhi.

Kawai, the 63 kilograms champion in Rio de Janeiro and 2015 world silver medallist, is dropping down to 60kg where she will aim to win a third continental crown in a third different weight class by adding to the titles she won at 58kg in 2014 and 63kg last year in Bangkok.

Dosho, meanwhile, will be seeking a third Asian gold in the 69kg class to add to a collection that includes three World Championship medals.

It will mark the first international tournament since Rio 2016 for both 22-year-olds, who are only one month apart in age.

In addition to Kawai and Dosho, according to the provisional entry lists, there are four women’s champions from last year returning to defend their titles.

But only three of them at most will be able to leave with gold medals this time round.

Mongolia’s Davaasukh Otgontsetseg, the 55kg gold medallist in Bangkok, has dropped to 53kg where she will try to usurp defending champion Qianyu Pang of China.

Rio 2016 bronze medallist Sun Yanan of China will strive to keep hold of the 48kg title she won last year at the expense world champion Eri Tosaka of Japan, who has yet to return to competition since striking Olympic gold last year.

The fourth defending champion, Kyrgyzstan’s Aisuluu Tynybekova at 58kg, will have to contend with Pei Xingru of China, the 2016 world champion at 60kg.

Iran took home five of the eight men's freestyle golds from Bangkok, but only one of those wrestlers at most will make the trip to India.

The provisional squad still comprises members of the squad that won the World Cup in February, including two-time Asian silver medallist Behnam Ehsanpoor at 61kg and 2015 world bronze medallist Alireza Karimimachiani at 86kg.

Meysam Nasiri, the defending champion at 65kg, is also expected to be on the team.

Hosts India’s strongest hopes for freestyle gold lie with Sandeep Tomar, the defending champion at 57kg, and Vinod Kumar, who will aim to improve on his runner-up finish at 70kg from last year.

Japan, a country which missed out on the men’s medals in 2016, will look to its star lightweight Rei Higuchi to ensure avoiding a similar fate this year.

The Rio 2016 silver medallist at 57kg will move up to 61kg, where he will attempt to dethrone title-holder Daulet Niyazbekov of Kazakhstan and deny Ehsanpoor a first Asian gold.

Higuchi was briefly hospitalised with an ankle injury in mid-April, but appears set to get onto the mat in New Delhi.

At least two Iranians are scheduled to return to defend their titles in Greco-Roman, Afshin Byabangard at 71kg and Ramin Taherisartang at 80kg.

Amir Ghasemi Monjazi, the 2016 champion at 130kg, is on the provisional entry list, although some reports suggest World Cup member Behnam Mehdizadeh will fill that spot.

As many as nine other medallists from 2016 are also entered, including three from hosts India in upper weight classes - Harpeet Singh at 80kg, Hardeep Hardeep at 98kg and Naveen Naveen at 130kg.