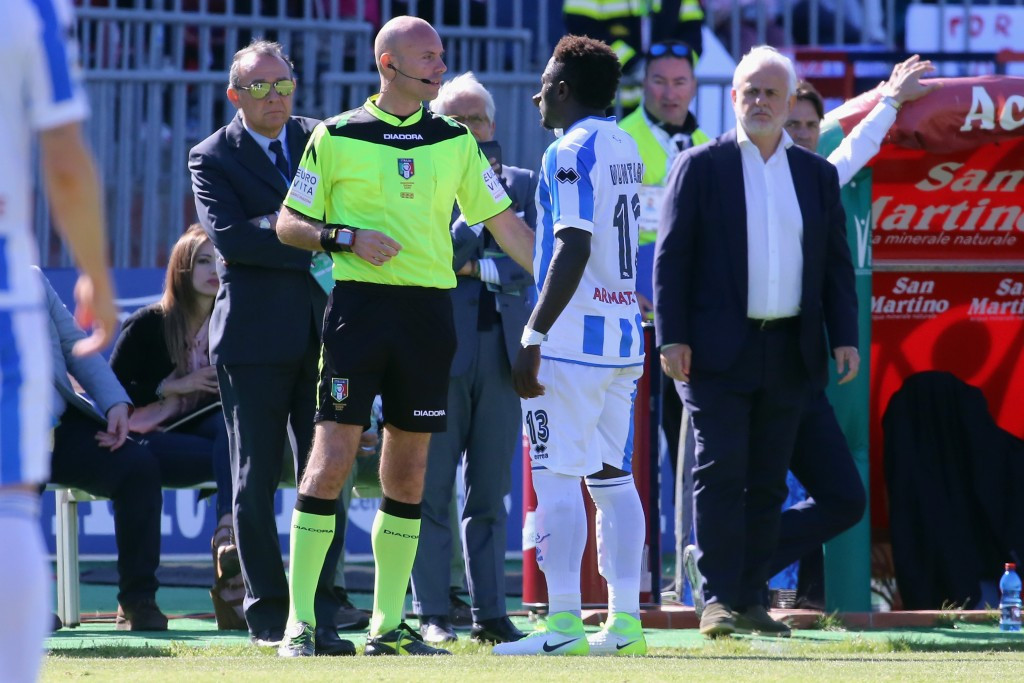 FIFA secretary general Fatma Samoura has moved to defend the organisation's work on anti-racism in the sport after Pescara midfielder Sulley Muntari criticised world football's governing body for "not taking it seriously".

Muntari was the victim of racial abuse during a recent Serie A match against Cagliari on April 30, but was booked for dissent when he reported the issue to referee Daniele Minelli.

The 32-year-old Ghanaian was then sent off for a second yellow card after he walked off the pitch in protest.

In an interview with BBC Sport, Muntari, whose ban was overturned on appeal, accused both FIFA and UEFA of not doing enough to combat racism, which remains a concern in countries such as Italy.

FIFA President Gianni Infantino said here today that he would meet with Muntari and Carlo Tavecchio, the President of the Italian Football Federation (FIGC), who was banned for six months in 2014 for making racist comments, to discuss the issue.

However, Samoura said she "would not have to call people every time they suffer racist abuse".

FIFA came under-fire for their decision last year to disband their anti-racism task force, with Samoura claiming their work had been "completed".

"We have a monitoring tool on anti-discrimination and we have heavy sanctions every time that we receive these reports.

"We have committees in charge of disciplinary action and we need to let them do their work.

"We’ve been very severe in Europe and Latin America."

Samoura, who became the first female and African secretary general at FIFA when she was appointed in May of last year, refused to condemn the FIGC for the way they dealt with the incident involving Muntari.

Serie A's Disciplinary Committee, which issued Muntari's ban, described the chanting as "deplorable", but said it could not impose sanctions against Cagliari because only around 10 supporters were involved in abusing Muntari, less than one per cent of the home supporters inside the Stadio Sant'Elia.

"It’s not my call to condemn the Italian FA," the Senegalese added.

"We have a zero tolerance policy, but should I speak to every person in the football world who is a victim of racism? I mean, let’s be serious."

The incident sparked widespread condemnation and prompted Muntari to claim he was treated like a "criminal".

The midfielder vowed he would walk off again if faced with the same situation and warned racism is "everywhere and getting worse".

"I went through hell, I was treated just like a criminal," Muntari told BBC Sport.

"I went off the field because I felt it wasn't right for me to be on the field while I have been racially abused."