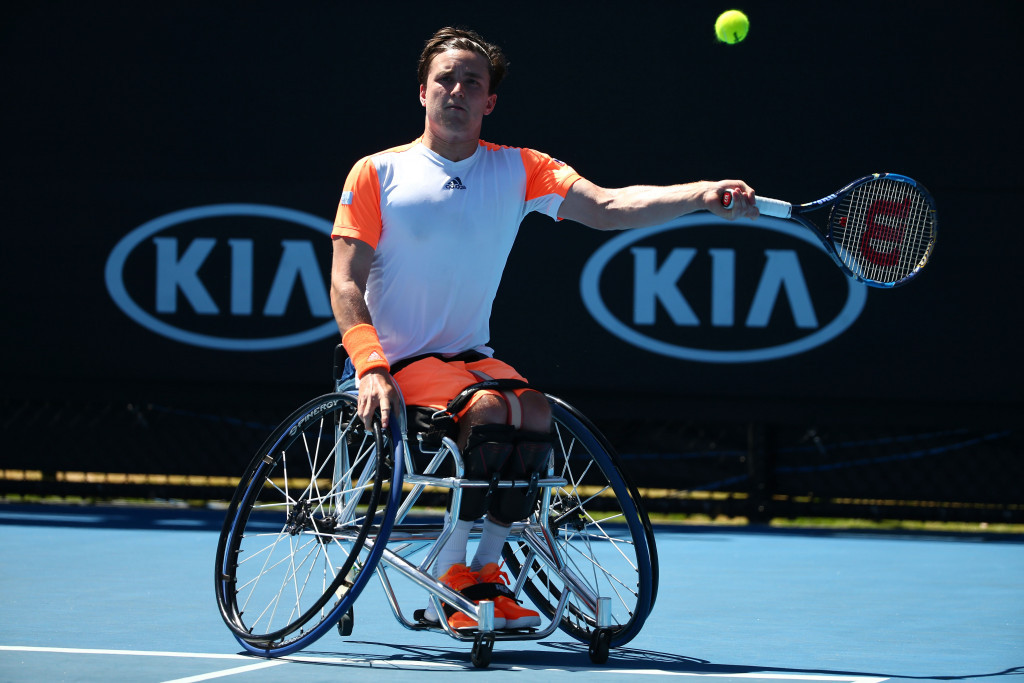 Dermot Bailey got the British side off to the best possible start as he marked his debut at the tournament with a three set win over Italy's Ivan Tratter at the Alghero Tennis Club.

Bailey dropped the opener in a dramatic tie-break but rallied to clinch an impressive 6-7, 6-3, 6-4 win in a match which lasted over two hours.

His victory enabled Reid, who won the men's wheelchair tennis singles title at last year's Paralympic Games in Rio de Janeiro, to give Britain an unassailable 2-0 lead against the host nation.

It was an opportunity the 25-year-old from Scotland took with aplomb as he beat Silviu Culea 6-0, 6-2.

Reid and Alfie Hewett, who earned silver in Rio, then teamed up to overcome Antonio Cippo and Silviu Culea 6-1, 6-0 to wrap up a convincing 3-0 win for the British team.

Their triumph set up a crucial Pool B decider with Austria, who narrowly ousted China 2-1.

It's a busy day of pool ties for the 3 GB teams @BNPParibas World Team Cup@BritishTennis @DavisCup capt. @LeonSmith is rooting for them 🇬🇧 pic.twitter.com/AcWPKpVt4B

The winner of the Britain versus Austria clash will secure a place in the semi-finals of the competition.

In Pool C, Poland picked up their second win as they beat Japan 2-1, while Thailand edged past South Korea by the same scoreline.

The Netherlands, the top seeds in the women's competition, continued their ominous start to the event in Sardinia as they recorded another 3-0 win.

The Dutch team proved too strong for for Thailand, claiming a straightforward 3-0 win in Pool A.

In Pool C, the United States did enough to beat Switzerland by a 2-1 margin, while Switzerland replicated the result in their match against Brazil in Pool D.