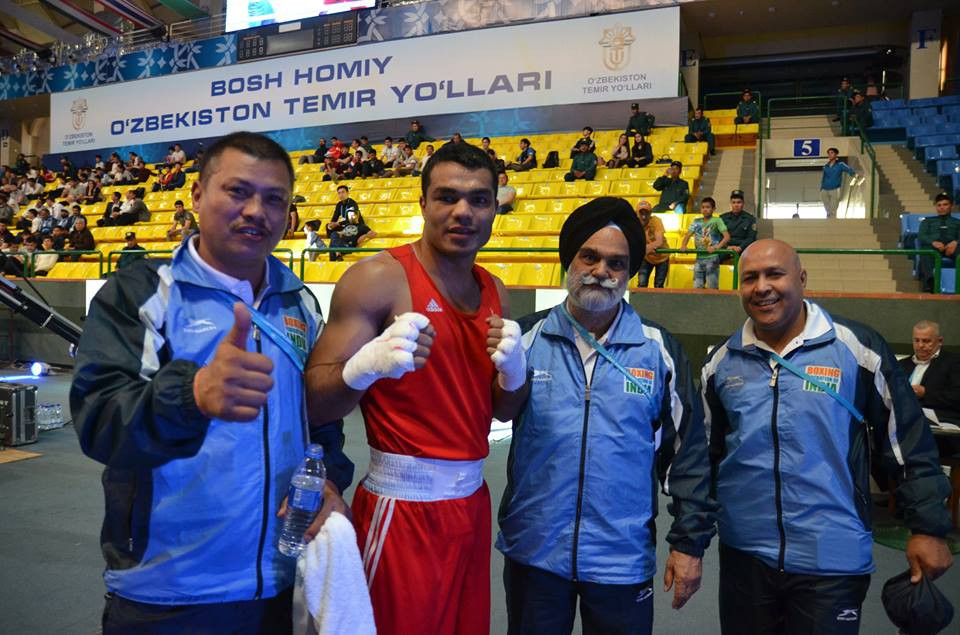 The 2011 World Championship bronze medal winner progressed after Thai opponent Pathomsak Kuttiya suffered a cut near his left eye barely a minute into the opening round of their under-75 kilograms contest.

On two occasions, the referee halted the fight before he eventually stopped the contest at the Uzbekistan Sports Complex.

Yadav, an Asian Games champion in 2010, is seeking to improve on the silver medal he won at the 2015 Asian Championships in Bangkok.

He will now face Indonesia's Betaubun Brama Hendra for a place in the semi-finals.

It was a mixed day for India, however, as Asian Youth Championship silver medallist Ashish Kumar was defeated by home Uzbek fighter Ikboljon Kholdarov in the under-64kg division.

The Championships are taking place in the Uzbek capital until Sunday (May 7).

A total of 179 athletes from 28 countries are featuring.

Preliminary rounds, quarter-finals and semi-finals will be held over the first six days of competition before two days of finals finish off the event.

This year's Championships are the 29th edition of the event and the second time Tashkent has been the host city.