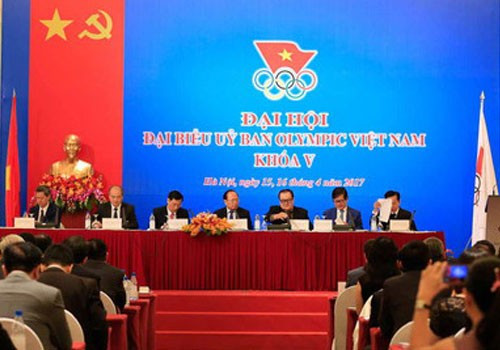 Nguyen Ngoc Thien has been elected as President of the Vietnam Olympic Committee (VOC).

Thien, the country's Minister for Culture, Sport and Tourism, will serve a four-year term until 2020.

He was elected at the organisation's National Congress in Hanoi and replaces outgoing leader Hoang Tuan Anh.

Vietnam enjoyed a historic 2016, which included the country's first Olympic gold medal at Rio 2016 in August.

This came courtesy of shooter Hoang Xuan Vinh in the men's 10 metre air pistol, who was then elected in Hanoi as chairman of the VOC Athletes' Commission.

He also won silver in Rio in the 50m pistol competition.

Speaking at the end of the Congress, the new President pledged to promote and expand the sports movement in Vietnam, especially among students and the armed forces.

He also wants to extend relations with sporting bodies overseas.

Deputy Prime Minister Vu Duc Dam, who was in attendance, said: "We firmly believe that the Vietnam Olympic Committee, in its 2016 to 2020 tenure, will do its best to help improve people's physical health and raise Vietnam's status in the global sports arena.

"We must uphold and expand the Olympic spirit to the general public."

Vietnam has set a target of 33 per cent of the population engaging regularly in sport by 2020.