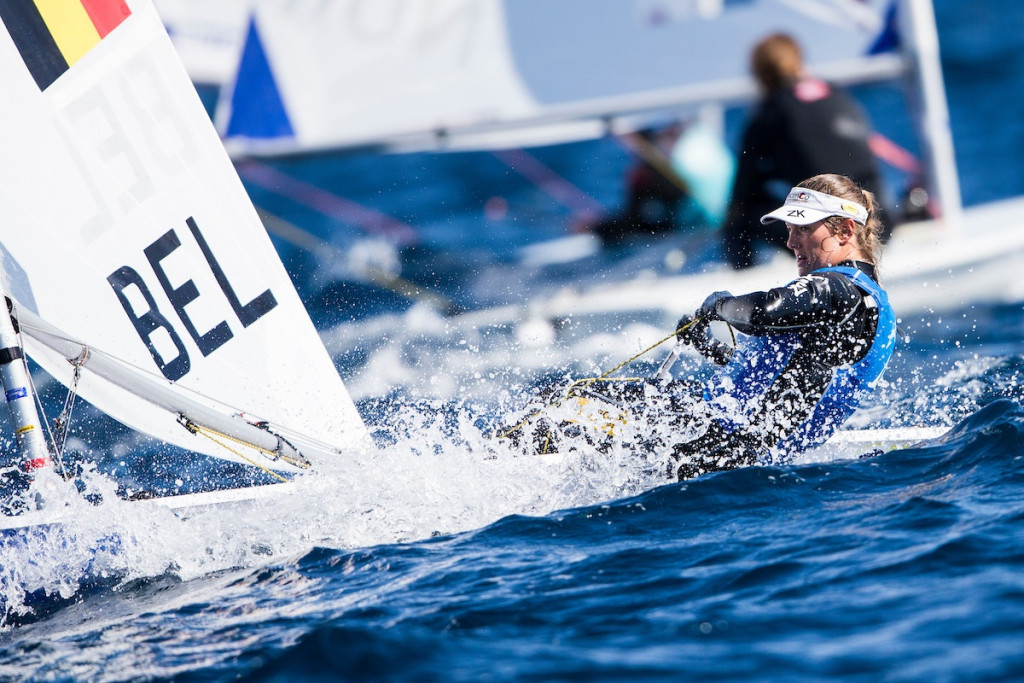 Belgium’s Evi van Acker moved into the lead in the women’s laser radial class after a tough day of racing at the Sailing World Cup in Hyères today.

Variations in the strength of wind and although the Belgian finished in sixth and 13th places in her two races today, she was able to extend her advantage at the top of the standings.

"When we were racing there were very big variations in wind and strength so you were winning, then in the middle,” said Van Acker.

"I had some pretty good results in some very tough conditions.”

Hungary's Maria Erdi, who had held the overnight lead, has now slipped to ninth after a second black flag of the competition.

Australia's Mat Belcher and Will Ryan, the Olympic silver medallists, have taken the lead in the men’s 470 event.

Two race wins have seen them move on to 14 points overall, leapfrogging Panagiotis Mantis and Pavlos Kagialis of Greece who dropped to third after finishing 21st and 22n in today’s racing.

Belcher and Ryan are 19 points clear of second place Carl-Fredrik Fock and Marcus Dackhammar of Sweden.

Afrodite Zegers and Annaloes van Veen of the Netherlands remain tied at the top of the women’s 470 field with Linda Fahrni and Maja Siegenthaler of Switzerland.

Both crews claimed a win and second place today, leading to the teams being tied on 18 points.

Spain's Diego Botin and Iago Marra have already ensured they will triumph in the men’s 49er event, with a victory helping them build a 27 point lead.

It leaves Britain's Dylan Fletcher-Scott and Stu Bithell fighting out for the silver medal position with Sweden's Carl Sylvan and Marcus Anjemark.

France's Louis Giard heads the men’s RS:X competition by a point over Switzerland's Mateo Sanz Lanz, while Poland's Zofia Noceti-Klepacka is 19 clear of China’s Yunxiu Lu in the women’s event.

Fernando Echavarri and Tara Pacheco of Spain look poised for success in the Nacra 17 event, with the duo lying seven points ahead of France's Moana Vaireaux and Manon Audinet.

France are set to claim victory in kiteboarding competition with Nicolas Parlier going into the medal race with a four-point advantage over his compatriot Axel Mazella.

Despite missing out on racing today while a mechanical issue was fixed, Damien Seguin remains in the lead in the Paralympic 2.4 metre Norlin OD competition by 10 points from fellow Frenchman Xavier Dagaul.