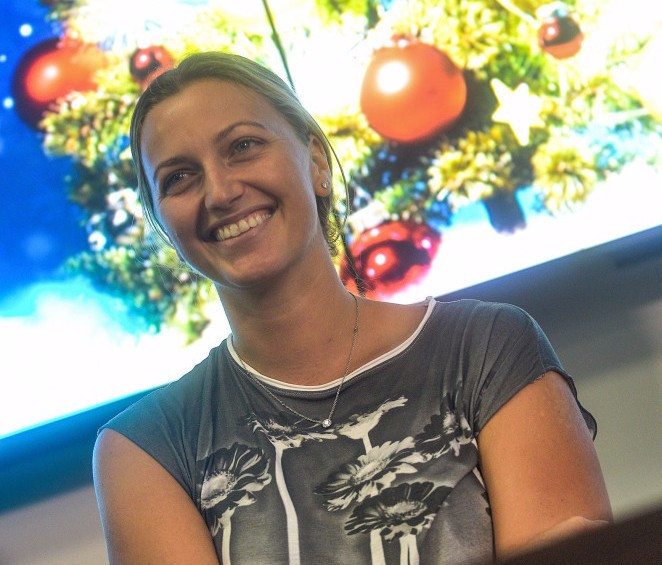 Two-time Wimbledon champion Petra Kvitova is hoping to compete in next month's French Open at Roland Garros after making "good progress" in her recovery from a knife attack in December.

The Czech star suffered what was considered a career-threatening left-hand injury when she attempted to defend herself against an unknown attacker in her apartment.

She had surgery on her playing hand the following day and was initially expected to be out of action for six months.

But Kvitova has now revealed how she has submitted her provisional entry for the French Open due to begin on May 28.

The 27-year-old believes she has a "chance" of being fit to compete in the second Grand Slam of the year in Paris.

"My name will appear on the entry list for Roland Garros tomorrow because, as the entry deadline approached, I had made good progress in my recovery process and I want to give myself every last opportunity to be able to compete at one of my favourite events," she posted on Instagram.

"This unfortunately does not mean necessarily that I will be ready to play in Paris but that I'm doing everything possible to give myself the chance and keep a positive mind-set.

"There remains a long road ahead but I wanted to share this update with you.

"Thanks for your continued support and I hope to see you soon."

Kvitova was ranked 11th in the world at the time of the incident, with the Czech having won a career total of 19 titles to date.

As well as her Wimbledon titles she claimed a singles Olympic bronze medal at Rio 2016 and has formed part of victorious Fed Cup winning Czech teams for five of the last six years, including in 2014, 2015 and 2016.