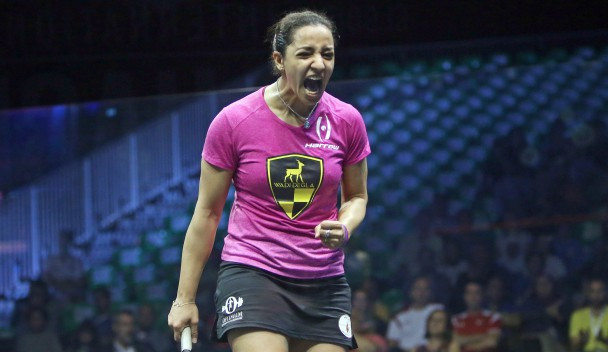 Third seed Raneem El Welily sealed her spot in the semi-finals of the Professional Squash Association (PSA) Women's World Championship as she fought back from a game down to beat England's Laura Massaro in El Gouna.

Massaro, winner of the British Open last month, finished as runner-up at the World Championship last year but her stay in this year's tournament was ended by the Egyptian, who put in a superb attacking display after dropping the first game.

"I had absolutely nothing to lose today, I was keen on playing and keeping the rallies going," said El Welily.

"This has made a huge difference for me mentally today.

"She’s obviously a very strong player mentally and it’s hard to break her.

"To beat her today is absolutely fantastic.

"I wasn’t doing the wrong things in the first game, I was doing the right things but I was a bit passive. I tried to find my rhythm and tried to get in front of her as much as possible and I think that worked.

"I’m happy to be in the semi-finals and I’m sure that the next match is going to be really hard."

In the men's El Gouna International Squash Open, Karim Abdel Gawad continued the success for the host nation as he progressed to the last four with victory over Simon Rosner of Germany.