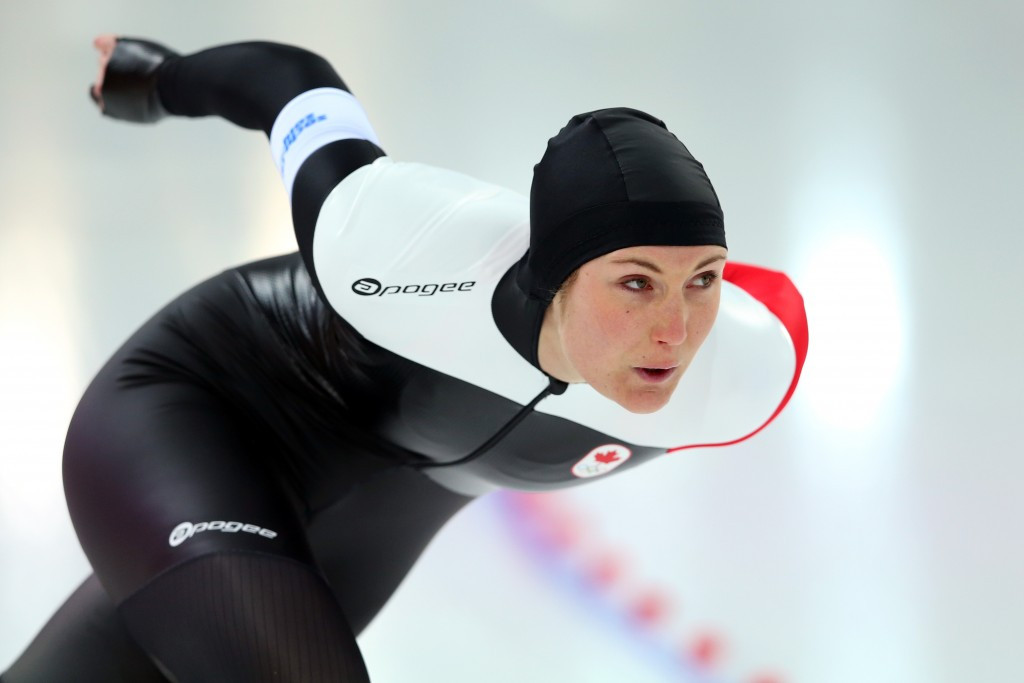 She finished in 34th place in the women's 500 metres event in Vancouver before improving to take 28th in the same event four years later in Russia.

"After a challenging year wrought with a serious knee injury, I've made the very difficult decision to say goodbye to a wonderful 24 years of my life, and retire from long-track speed skating," Bucsis said.

"I look forward to staying close to my speed skating family, and I wish all of our wonderful Canadian skaters nothing but the best success in the future as I believe our Canadian team is on the verge of once again dominating the world with our talent and dedication."

Bucsis also competed in two World Championships during her career.

She finished 15th in the 500m race in the 2012 championships in Heerenveen before dropping to 19th at the 2013 edition in Sochi.

"On and off the ice, Anastasia showed her tenacity and leadership which brought her to two Olympic Games," Blair Carbert, the President of Speed Skating Canada, said.

"Congratulations again and good luck in your next endeavour."