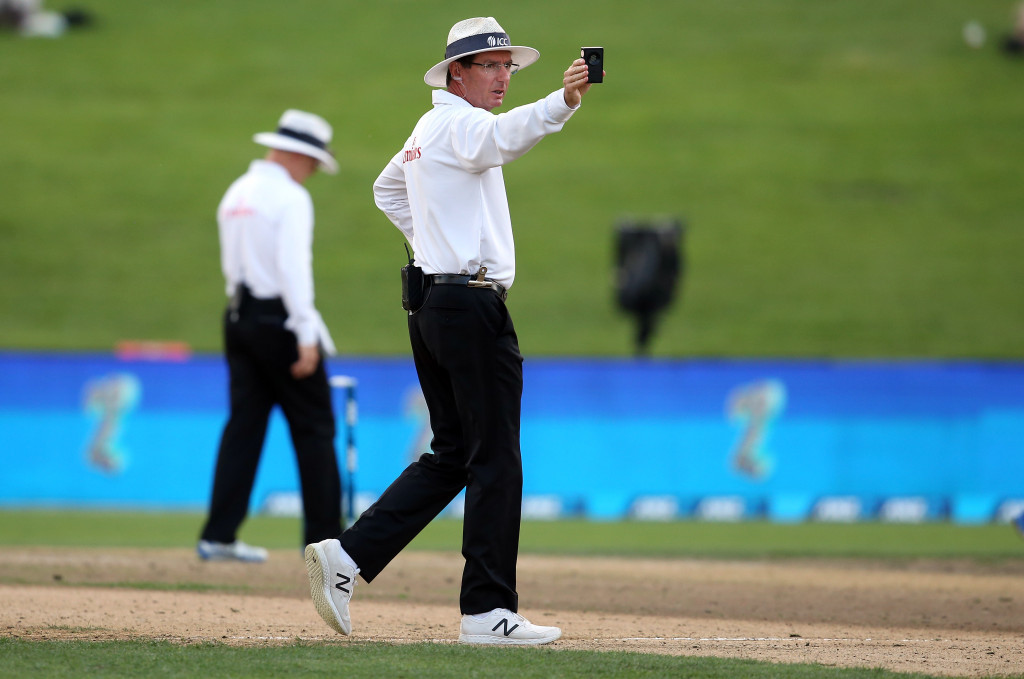 Umpires will officially be able to send players off for misconduct after the Marylebone Cricket Club (MCC) confirmed a series of law changes will come into effect from October 1.

The "players conduct" rule will give on-field officials a range of powers, from imposing five penalty runs to ejecting a player from the match.

They could be sent-off temporarily or permanently, while a refusal from the captain to remove the offending competitor could result in the umpire awarding the match to the opposition.

If both captains decline to respect the rule, the match could be abandoned.

The ruling relating to conduct is one of several law changes which will become part of the laws of the game from the start of October.

It also includes the introduction of new maximum bat sizes, with the dimensions being 108 millimetres in width and 67mm in depth with 40mm edges.

Bails tethered to the stumps will be permitted, while substitutes will be able to keep wicket.

"Law 8.4 has been changed, to help prevent injuries, to allow specially designed mechanisms which tether the bails to the stumps, thereby restricting the distance that they can fly off the stumps but without limiting their ability to be dislodged," the MCC said in a statement.

The MCC approved the new Code of Laws guidelines last month after the proposals were put forward to them in December by their World Cricket Committee.

"MCC has left no stone unturned in researching and redrafting the new Laws of Cricket and has done so in order to make the Laws work in a way that makes sense to players, umpires and spectators," MCC laws manager Fraser Stewart said.

"The Laws are applicable worldwide so they need to be as simple as possible to understand and inclusive to all.

"The Club hopes to encourage interest in the game at all levels and believes these new Laws are reflective of the present time and easier for cricketers and umpires to interpret."