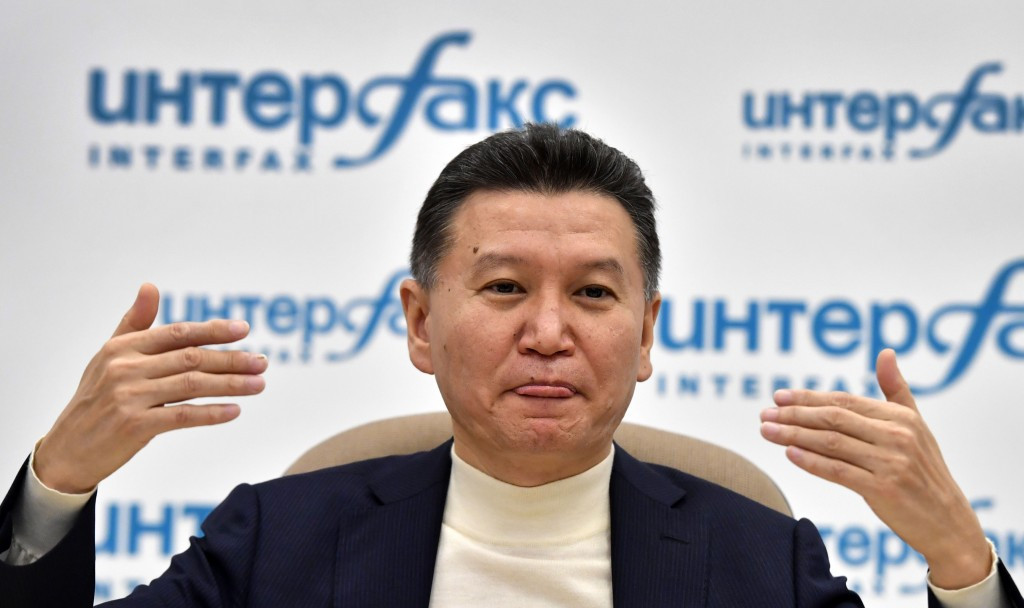 Kirsan Ilyumzhinov has retained his position as President of the International Chess Federation (FIDE) but saw his powers decrease even further following an Extraordinary Presidential Board meeting in Athens.

The gathering of the Board was convened amid confusion over whether Ilyumzhinov had called time on his 22-year reign at the head of chess' world governing body.

A statement published on FIDE's website claimed the Russian businessman announced his resignation at the end of a Board meeting held in Athens on March 26.

But Ilyumzhinov wrote a letter claiming reports of his resignation were "untrue".

The issue was cleared up during the meeting, which was described as peaceful, as the Board confirmed Ilyumzhinov was still the President of the governing body but that the bulk of his powers had been devolved to Deputy President George Makropoulos.

"Mr Ilyumzhinov explained that in the previous Board meeting he had emotionally expressed his desire to resign but he now felt that he had more time to contribute to chess," a FIDE statement said.

The Board reconfirmed Ilyumzhinov's decision of December 2015 "to withdraw from any legal, financial and business operations of FIDE to enable him to concentrate on clearing the situation with the US Department of the Treasury", according to FIDE.

The 54-year-old was placed on a US blacklist after officials claimed he had been "materially assisting and acting for or on behalf of the Government of Syria, Central Bank of Syria".

The sanctions have not yet been lifted.

Ilyumzhinov had previously attempted to revoke the decision taken in December 2015 in an open letter dated April 6.

"It is clear that we have serious problems because of the sanctions," said Makropoulos to Chess.com.

"A lot of western sponsors are very sceptical to deal with FIDE.

"And I don't think the sanctions can be removed."

The issue prompted the Board to confirm all powers in chapter nine of the FIDE Statutes were in the hands of Makropoulos, meaning the Greek official can now officially represent the governing body.

Makropoulos will also be able to solely sign for FIDE and he will preside over meetings of the General Assembly, the Executive Board and the Presidential Board.

"I was already doing this, technically, but now it's completely clear," he told Chess.com.

In a statement, FIDE confirmed the Russian head had apologised for his recent public remarks, which included accusing Makropoulos of spearheading a campaign to oust him as President.

"I spent so much money and time on chess, but I never made major decisions myself, and I never interfered with the work of commissions," Ilyumzhinov told Chess.com.

"Makropoulos always had this power.

Russian Chess Federation President Andrei Filatov, a close ally of the FIDE head, had told TASS that Ilyumzhinov has managed to hold on to his Presidency.

He was re-elected to his post in August 2014, defeating compatriot and former world chess champion Garry Kasparov.

It is thought unlikely that Ilyumzhinov will stand again when the next Presidential election is held next year.