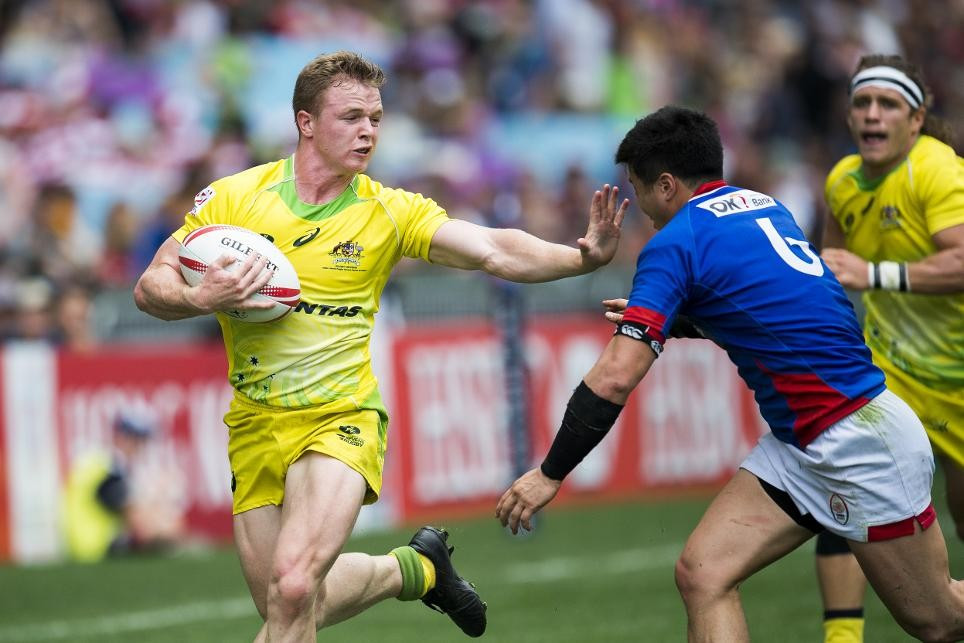 Australia, South Africa, the United States and Fiji secured their place in the quarter-finals with their unbeaten records in tact on another thrilling day of action at the Hong Kong Sevens.

The Australian team began with a thumping 52-0 victory over South Korea before they picked up their third straight success by earning a narrow 12-10 win against England to ensure they topped Pool A at the Hong Kong Stadium.

England followed Australia into the last eight by finishing second in the group.

They were joined in progressing to the quarter-finals by the Canadian side.

One of the big surprises on day two came when Wales battled to a draw with Olympic gold medallists Fiji in Pool C.

The two sides played out a pulsating contest in searing heat in Hong Kong as the match finished all square at 17-17.

The Pacific nation still managed to clinch top spot in the group as they sealed a hard-fought 17-14 triumph against New Zealand, who had put in an impressive display with a 40-17 thrashing of Japan, fourth at last year's Olympic Games in Rio de Janeiro.

Despite the narrow loss to Fiji, New Zealand also qualified for the next round.

A hat-trick from Perry Baker helped the US guarantee their quarter-final berth as they recorded a 19-14 win over Scotland in Pool D.

The American outfit matched the performance of their Australian and South African counterparts by beating Argentina 33-5 in their third and final group match.

The result saw them end the pool phase with a 100 per cent record.

In the last eight, Australia will play Argentina, while Fiji entertain Canada and the US clash with England.

The last quarter-final will be a mouthwatering encounter between South Africa and New Zealand.