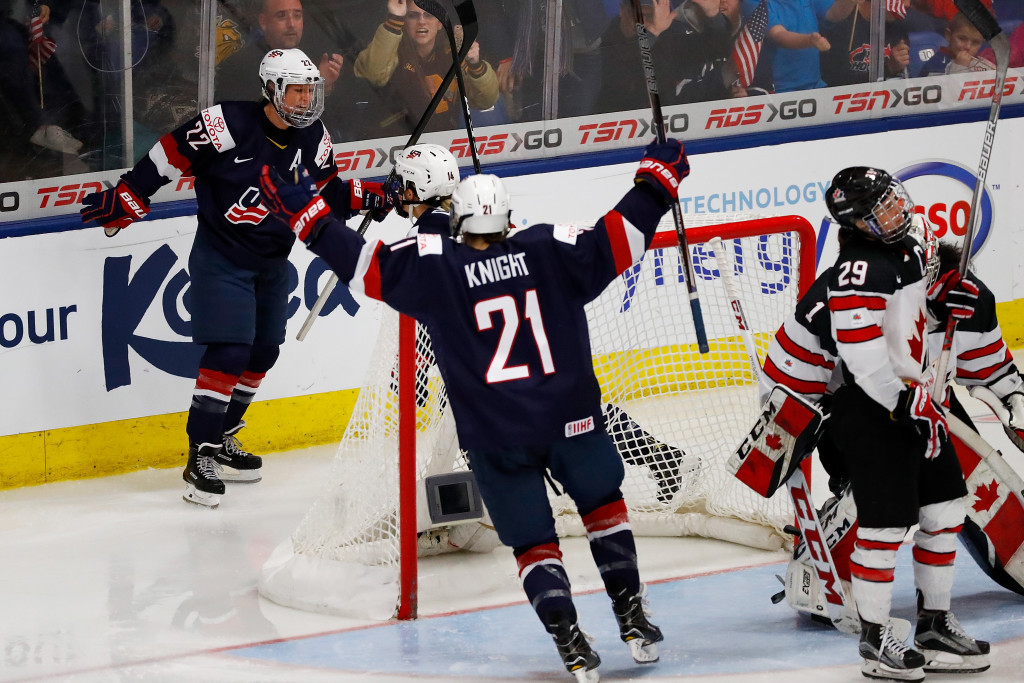 Their victory comes despite initial doubts over their participation at their home tournament, after the players threatened to boycott over a pay dispute.

Instead they cruised through the tournament to set up an 18th straight meeting against Canada in the World Championship final, which this year was taking place at the USA Hockey Arena in Plymouth in Michigan.

On all three occasions that the final has taken place on US ice, the result had ended in favour of the Canadian team.

A repeat looked a possibility when Meghan Agosta put Canada 1-0 up in a frantic first period of the match, but the scores were soon level as Kacey Bellamy replied for the host nation.

Canada came under increasing pressure in the second period, although they forged a number of chances of their own as the match remained deadlocked.

Bellamy appeared to have put the US on the brink of retaining the title, as she found the net for the second time as the clock ticked down in the third period.

Brianne Jenner hauled the Canadian team level in the closing stages, although the goal was initially ruled out by the officials.

A video replay confirmed the puck had crossed the line.

It would prove to be the American team's day, though, as Knight fired into the net in overtime from a counter-attack, which secured a dramatic 3-2 victory.

The bronze medal was claimed by Finland, who produced an impressive display to seal a one-sided result against Germany.

The only other match played saw Switzerland stave off the threat of relegation by winning their best of three series with the Czech Republic.

After losing the opening match, the Swiss team claimed a 3-2 overtime win yesterday to take the series to a deciding match.

They completed the turnaround by beating the Czech side 3-1 today, consigning their opponents to relegation in the process.

The tournament will not be held next year, due to the Pyeongchang 2018 Winter Olympics taking place.