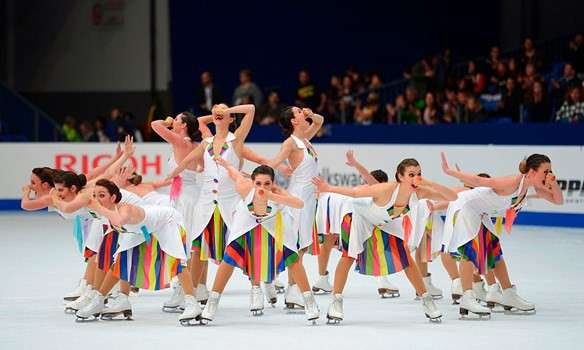 A total of 24 teams representing 19 different countries are due to head to the Championships in the United States, which is due to begin tomorrow and finish on Saturday (April 8).

Last year, Team Paradise won their nation’s first gold at the event when the competition was hosted in Hungary’s capital Budapest.

Their form from earlier in the season has also been good and they are among the favourites to retain their title at the Broadmoor World Arena.

Stiff challenges are set to come from Finnish teams RCKT, the silver medallists last year, and Marigold Ice Unity, while the home challenge is being lined up by 2016 bronze medallists Haydenettes.

Canadians Nexxice, the 2015 ISU world champions, are also set to feature along with another former winning group, Sweden’s Team Surprise.

The sport first started up in the 1950s and originally called precision skating.

It is considered to be a highly technical form of the sport with 16 skaters performing on the ice in a routine.

Action is set to start tomorrow will see the short programme take place before the free skating element of the competition happens on Saturday.