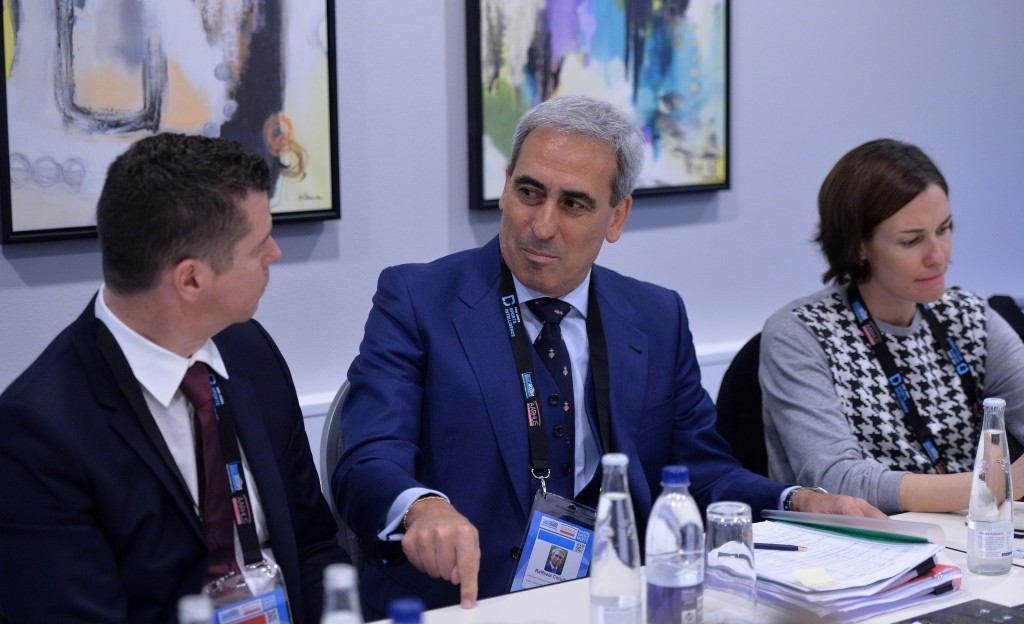 The 60-year-old, who has served in his role since 2013, stood unopposed at the body’s General Assembly.

A lack of funding for ARISF Member Federations was among the concerns raised by participants at the one-day event.

But speaking on the back of his re-election, Chiulli insisted he welcomed the challenges facing him and the new-look Board.

"I look at the broad picture," said the SportAccord vice-president.

"Rome was not built in a day.

"It’s a big process and today I think we enjoyed big credibility."

He added: "We have challenges ahead, but certainly we also have to discuss the several achievements we have had.

"I think we are very happy about the open and constructive relationship development with the IOC.

"We are very happy to work in a harmonious way with SportAccord and also I have to say with the other key stakeholders such as the International World Games Association (IWGA), and WADA (World Anti-Doping Agency) as well.

"I am very happy to have been re-elected President of ARISF and also to serve the Olympic Movement as vice-president of SportAccord."

The new ARISF Council is due to hold a workshop with the IOC this week with all 37 Member Federations set to be in attendance.

Held annually, it will see the Council and the IOC's top brass, including President Thomas Bach, discuss ways to further improve their cooperation.

Leaving the Board along with Aguerre is director Keith Calkins and President Emeritus Jan Fransoo.

Among those speaking at the General Assembly was Francesco Ricci Bitti, President of SportAccord Convention and the Association of Summer Olympic International Federations (ASOIF).

An ARISF-WADA anti-doping coaching and training session is due to be held here on Thursday (April 6), when all members of the Alliance of Independent Recognised Members of Sport (AIMS) and the IWGA are invited to attend.

There will also be speakers from representatives of ASOIF, including World Archery.

"This is an amazing platform where you can share good practices but also learn lessons from things which were not necessarily done in the best possible way," Chiulli added.

"And this is a platform where everybody provides contributions.

"It’s an interactive day and I think that there is an amazing wealth of information coming from the Federation that would like to be part of ARISF one day; the AIMS."