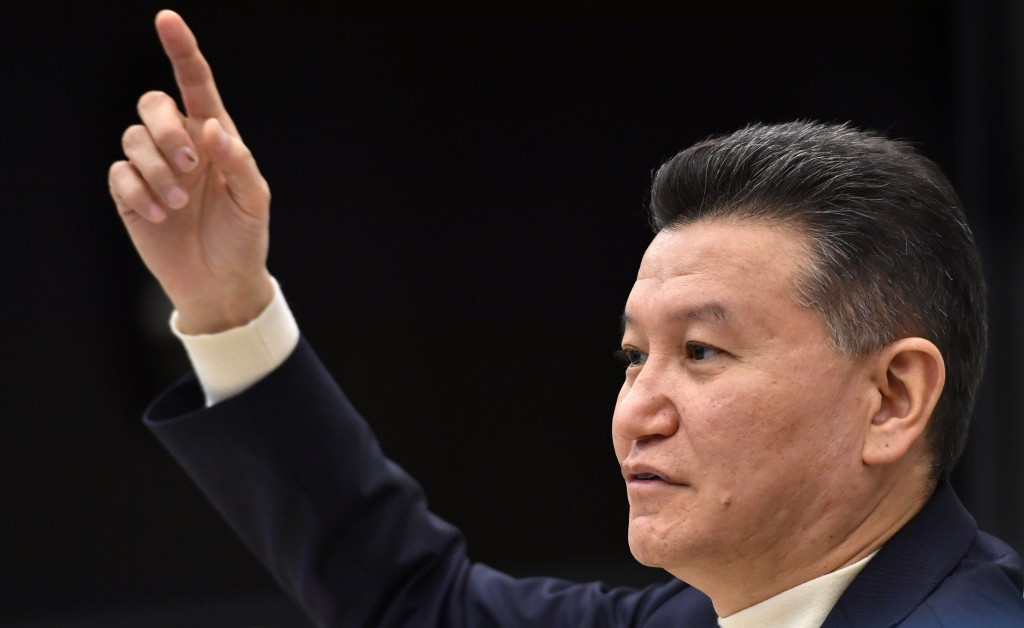 International Chess Federation (FIDE) President Kirsan Ilyumzhinov has said it would be senseless for the organisation to hold the Extraordinary Presidential Board meeting scheduled for later this month as he has "no intentions whatsoever" to resign from his position.

FIDE executive director Nigel Freeman confirmed last month that a meeting had been called for April 10 amid confusion over whether Ilyumzhinov had called time on his 22-year reign at the head of chess’s world governing body.

A statement published on FIDE's website claimed the Russian businessman announced his resignation at the end of a Board meeting held in Greece's capital Athens on March 26.

But Ilyumzhinov wrote a letter to Freeman claiming reports of his resignation are "untrue".

He also requested the publication of a letter in which he says "I have not submitted any official requests for my resignation and do not intend to".

In a letter responding to Ilyumzhinov, Freeman said "you several times threatened to resign and at the end of the meeting, three times you repeated 'I resign' before leaving the room".

"I am sure that this money must be rather channelled into the development of the sport of chess," he told TASS.

"Moreover, there is no sense at all holding an Extraordinary Session as I have no intentions whatsoever to resign from my post."

Earlier this week, Ilyumzhinov accused Freeman and FIDE Deputy President George Makropoulos of attempting to stage a coup within the organisation and conspiring to oust him from his post.

"I demanded that Nigel Freeman, the executive director, issue a retraction after FIDE’s official website posted an announcement on my resignation," Ilyumzhinov said.

"I wrote him letters and called him up.

"He switched off the phone."

"Makropoulos did the same thing, although I knew that he had been at the FIDE headquarters in Athens all that time.

"It seems that they were gunning for a small revolution.

"They sought to stage a coup.

"It also seems that they are afraid of losing their comfortable positions."

Ilyumzhinov said that an agreement from the FIDE Congress’s delegates is required to dismiss Freeman and Makropoulos, adding: "I cannot sack them on my own, although I had great trust in them."

Makropoulos says Ilyumzhinov should blame himself over the fuss regarding his alleged resignation.

"I would like to kindly remind you that this situation is a result of your own actions," he wrote in a letter to Ilyumzhinov.

"You were advised before and during the meeting, by several Board members present that the discussion was wrong, and that the FIDE Presidential Board should not serve for you to try to resolve personal issues."

Ilyumzhinov, President of FIDE since 1995, has also said he believes he is the victim of a plot to oust him on behalf of the United States Chess Federation and its allies.

The 54-year-old was placed on a US blacklist in December 2015 after officials claimed he had been "materially assisting and acting for or on behalf of the Government of Syria, Central Bank of Syria".

He was re-elected to his post in August 2014, defeating compatriot and former world chess champion Garry Kasparov.