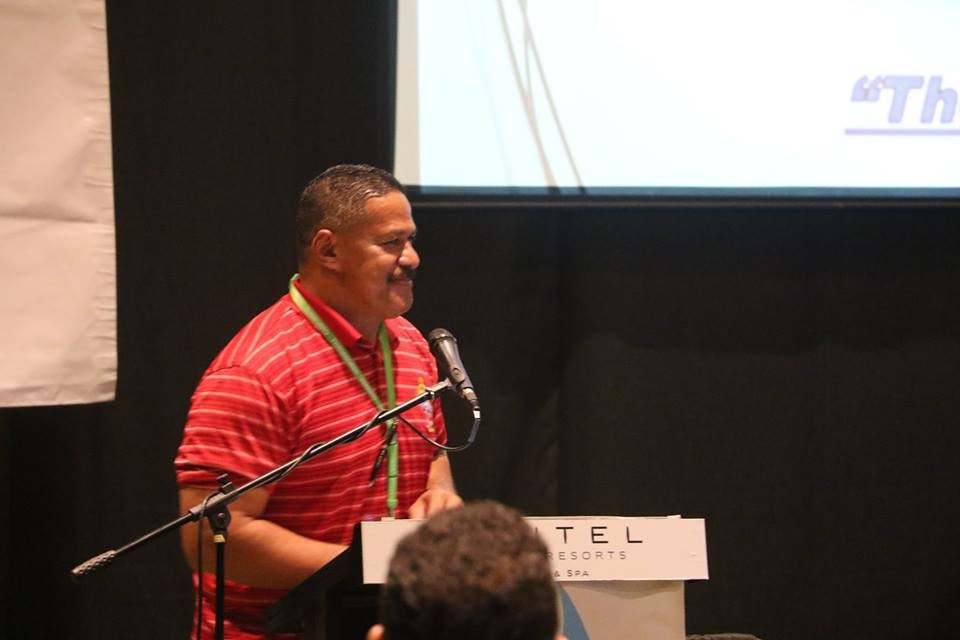 Tonga Sports Association and National Olympic Committee (TASANOC) secretary general Takitoa Taumoepeau has admitted preparations for the Pacific Games in 2019 are "running late" but stressed the event would go ahead as planned.

Taumoepeau was providing an update during the Oceania National Olympic Committees (ONOC) meetings here this week and sought to allay any fears.

"We are running a bit late," Taumoepeau said.

"There has been ongoing dialogue with the Pacific Games Council and they are fully behind us as an Organising Committee.

"We have been working through these turbulent times with our Government.

"Let me reassure you, the Games are going ahead."

Tongan Prime Minister ʻAkilisi Pōhiva cast doubt on their ability to host the event last year when he warned a number of construction projects for the Games are unlikely to meet their deadlines.

He reportedly told Parliament that a piece of land to build an 18-hole golf course had not yet been found before warning it would then take four years to get the facility ready.

A new site has been reportedly found for the course, Taumoepeau claimed, although the Tongan Government are claimed to have a different preference.

Pacific Games Council chief executive Andrew Minogue confirmed to insidethegames that a new course was not vital for the Games, with an existing one being ready for use.

He claimed the competition could be over nine holes, which has been a format used at past Pacific Games.

Minogue expressed his confidence in Tonga 2019 after the presentation as the country prepare to stage the event for the first time.

Tonga are also poised to receive support from the Chinese Government, with the design team from the country having agreed to finance the Tonga High School Sports Complex.

Their work of the team, who helped design the Bird’s Nest stadium in China, will work on an indoor gymnasium, a rugby field, two swimming pools, netball and tennis courts, as well as a lawn bowls field.

A total of 26 sports are expected to be contested at the Games, with sailing and shooting having been added to the programme.

There will be two main venue clusters at the Games, with the Teufaiva Sport Stadium scheduled to host the Opening and Closing Ceremonies.

Athletes attending the Pacific Games are due to be housed in local schools.