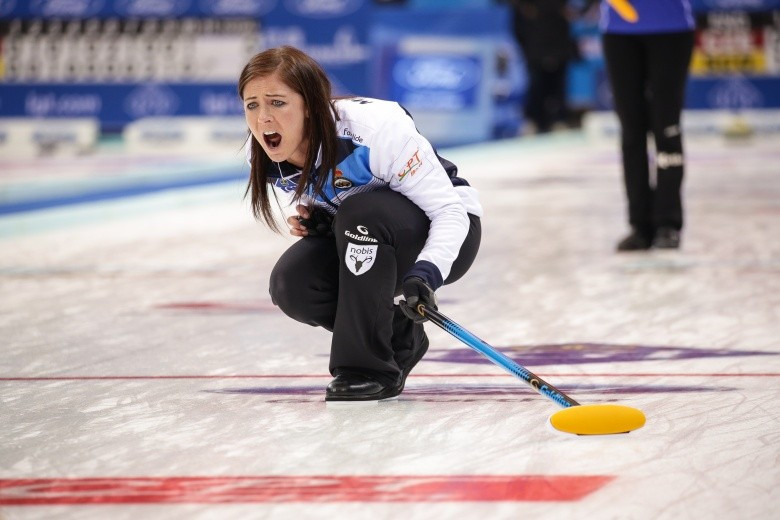 Scottish skip Eve Muirhead left it until the final stone before securing her team a spot in the playoffs at the World Women's Curling Championships in Beijing today.

Her stone nudged one from their Czech Republic opponents out of the way at the Capital Gymnasium to score a vital two points.

It proved enough for a pulsating 7-6 victory to secure fourth place at the end of the round-robin section.

“That was a good game, she [Anna Kubeskova] played some cracking draws to keep them in the game," Muirhead said afterwards.

"We were patient, which was key out there.

"The ice was tricky - the trickiest it’s been, but we adapted to it pretty quickly.

"We were at the stage that win, win, win was what we had to do."

Earlier in the day, Scotland scored a 7-2 success over Germany.

Sweden lie in wait in the third v fourth tie after following a 10-4 win over China with a 7-3 final match defeat against Russia.

Russia end the round-robin stage in second place and will now face unbeaten Canada in the final playoff.

The North American powerhouse continued their perfect record by beating Italy 8-5 and then Denmark 8-4 today.

The four teams to qualify for playoffs all secure their nations - Great Britain in the case of Scotland - with a spot at the Pyeongchang 2018 Winter Olympic Games.

China, Czech Republic, Denmark, Finland, Germany, Italy, Latvia and Norway will all have to be content with places in the final Olympic Qualification event to be held in Pilsen, Czech Republic between 5 and 10 December 2017.

This event will determine the last two women’s teams to qualify for the Games.